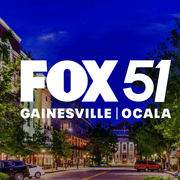 Allison grew up in a suburb of Detroit, Michigan and moved to sunny Phoenix, Arizona in 2008. She graduated from the Walter Cronkite School of Journalism and Mass Communication at Arizona State University and continued her education by completing her certification from Mississippi State University's Broadcast Meteorology Program.

Allison's first job was at KERO in Bakersfield, California where she was the evening meteorologist and hosted a cooking show called 'Simply Sweet Allison.' While in Bakersfield, she also wrote a cookbook which raised thousands of dollars for charity. If you were wondering, her favorite dish is banana bread... yum!