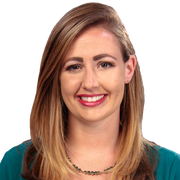 Danielle Lama is an Emmy-nominated and AP award-winning journalist. She joined the FOX 35 team in November 2016 as a reporter.

Before coming to Orlando, Danielle worked in Louisville, Kentucky. She spent nearly three years there covering everything from snowstorms to the Kentucky Derby. Danielle also reported extensively on the heroin epidemic and prescription drug abuse. Her in-depth coverage of an HIV outbreak in southern Indiana that stemmed from needle sharing led to an Emmy nomination.

Danielle has also worked in Madison, Wisconsin and Evansville, Indiana. She is a graduate of the Philip Merrill College of Journalism at the University of Maryland.

Danielle is thrilled to now call Orlando home. She’s originally from Ithaca, N.Y., but several of her family members live in Florida. She loves telling stories and would like to hear yours.