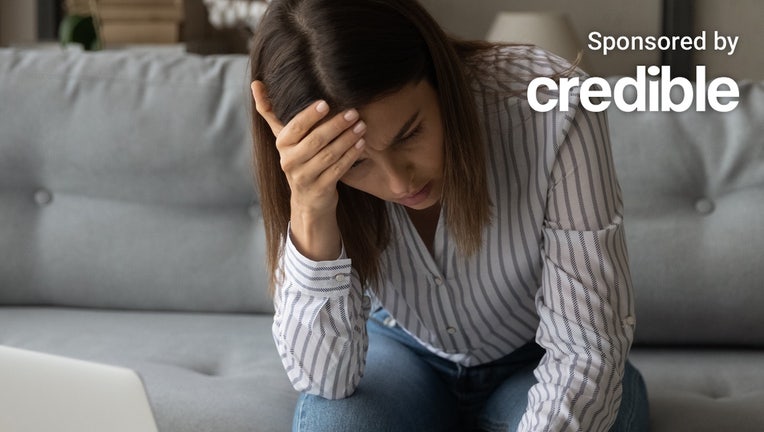 Credit card balances hit a record high in the third quarter of 2022 as Americans battle with inflation, according to TransUnion. (iStock)

Americans have turned to credit cards to ease the pressure of high inflation, bringing balances to a record level, according to a report by TransUnion.

Bankcard balances climbed to a record $866 billion in the third quarter of 2022, up 19% from last year, according to the report.

If you’re struggling with credit card debt, you could consider paying it off with a personal loan at a lower interest rate, potentially decreasing your monthly payments. Visit Credible to compare personal loan rates from multiple lenders at once without affecting your credit score.

Credit card debt burdens nearly half of Americans, survey says: Here's how to pay yours down

While rising prices tighten the budgets of many Americans, some have also turned to personal loans.

The number of consumers with access to unsecured personal loans reached a record 22 million, up from 19.2 million last year, according to the TransUnion report.

"Consumers are being pressured on multiple fronts, first by this environment of high inflation, and secondarily by the higher interest rates that the Federal Reserve is implementing to tamp it down," Michele Raneri, TransUnion vice president of U.S. research and consulting, said in the report.

If you are looking to pay down debt, you can consolidate it with a personal loan at a lower interest rate. To see if a debt consolidation loan is right for you, contact Credible to speak to a personal loan expert and get all your questions answered.

Federal Reserve Chair Jerome Powell said that the central bank may slow the pace of increases as early as February. But any increase to the federal funds rate can influence interest rates on financial products like credit cards, personal loans and student loans.

"We are moving our policy stance purposefully to a level that will be sufficiently restrictive to return inflation to 2%," Powell said at a press conference in November.

Inflation increased by 7.7% annually in October, according to the Bureau of Labor Statistic (BLS). That’s an improvement from the 8.2% annual increase in September but still remains close to the 40-year high of 9.1% from earlier this year.

If you want to take advantage of interest rates before they rise higher, you could consider using a personal loan to consolidate your high-interest debt at a lower rate, potentially reducing your monthly payments. You can visit Credible to find your personalized interest rate without affecting your credit score.