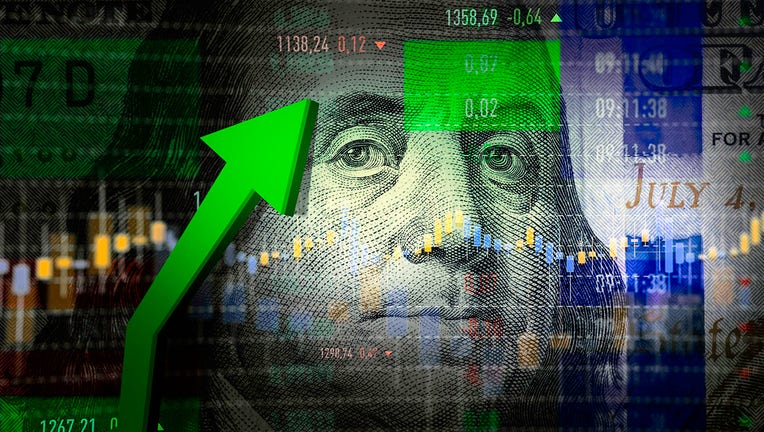 Inflation surged at record rates, hitting 5.4% annually in September. Experts explain what that will mean for interest rates and the Fed's monetary policy. (iStock)

Inflation surged with an annual rate of 5.4% in September, marking the highest rate in the past 13 years, according to the latest report released Wednesday from the U.S. Bureau of Labor Statistics (BLS).

The Consumer Price Index (CPI), which is the U.S. measure of inflation, for all urban consumers spiked due to a surge in energy prices and marked the largest annual increase since July 2008, the data showed. On a monthly basis, the CPI rose by 0.4%, up from the 0.3% increase in August.

Energy prices saw a 1.3% increase in September and a 24.8% spike from last year, the report showed. Prices for other items also increased, such as the indexes for food and shelter, which rose 0.9% and 1.2%, respectively. But on an annual basis, the food index increased just 4.6%. Additionally, the gasoline components rose by 1.2% in September and 42.1% over the past year.

Economic growth and higher prices could bring higher interest rates. Consumers can take advantage of the current low rates by refinancing their student loans. Visit Credible to find your personalized loan rate and see how much you could save.

FAFSA MISUNDERSTOOD BY MAJORITY OF STUDENTS, STUDY SAYS: WHAT TO KNOW ABOUT THE FEDERAL AID APPLICATION

Amid September’s increase, at least one member of the Federal Reserve is suggesting the Fed take action. St. Louis Federal Reserve President James Bullard now says the central bank should aggressively look to end its bond-buying program in case rate hikes are needed sooner than expected due to rising inflation.

"I’d support starting the taper in November," Bullard said in an interview with CNBC. "I’ve been advocating trying to get finished with the taper process by the end of the first quarter next year because I want to be in a position to react to possible upside risks to inflation next year as we try to move out of this pandemic."

Currently, the Fed is holding the federal funds rate at 0% as it watches economic activity such as core inflation, wages and other indicators. However, it is increasingly considering beginning rate hikes as early as next year. If you want to take advantage of low rates before they increase, you could consider taking out a personal loan to consolidate high-interest debt. Visit Credible to compare multiple lenders at once and choose the one that is the best fit for you.

Despite the high inflation numbers and increased talk of rate hikes, one expert doubts it will be enough to change the Fed’s current monetary policy plans.

"Inflation remained high in September, as expected, due to continued supply disruptions and labor shortages," Dawit Kebede, Credit Union National Association (CUNA) senior economist, said. "The imbalances between demand and supply that have been driving price increases hasn't changed after a slight indication of slowing down in August.

"The small monthly change for September is not surprising considering the impact of Delta in recent months, and may not bring a change in the calculus of the Federal Reserve's monetary policy response," Kebede said.

While rate hikes in 2022 are still being debated, most members of the Federal Open Markets Committee (FOMC), which controls the monetary policy in the U.S., agree that rate hikes will be warranted by 2023. And interest rates are already beginning to creep up.

The latest report from Freddie Mac showed the average interest rate for a 30-year fixed-rate mortgage increased to 3.05% for the week ending Oct. 14, making it the highest point since April. And many experts expect that trend to continue.

"The 30-year fixed-rate mortgage rose to its highest point since April," Freddie Mac Chief Economist Sam Khater said. "As inflationary pressure builds due to the ongoing pandemic and tightening monetary policy, we expect rates to continue a modest upswing."

If you want to take advantage of low interest rates before they increase, consider taking out a mortgage refinance to lower your monthly payment. Contact Credible to speak to a home loan expert and get all of your questions answered today.