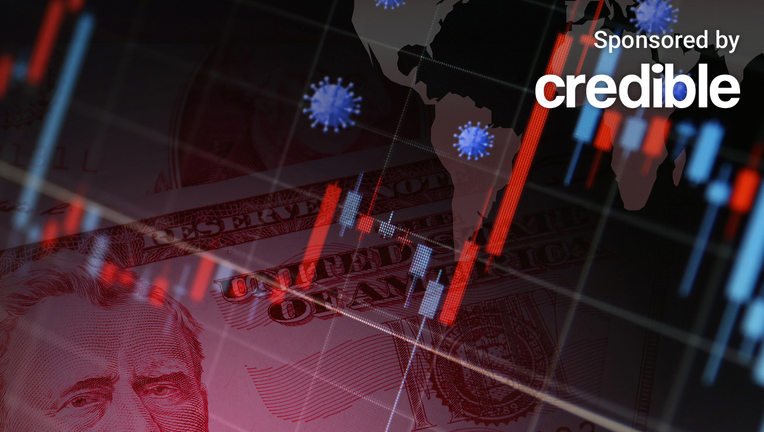 A recession may be coming in the first quarter of 2023, according to forecasts by Bank of America (BofA) economists.

"We think the market could drop as low as 3,000 based on a panoply of indicators, given a host of risks we face as payback continues and a recession unfolds," Savita Subramanian, BofA head of US equity strategy, said in a statement.

There's no official definition of a recession, but many economists define it as a period of two consecutive quarters of negative economic growth or gross domestic product (GDP) decline – a drop that’s already been seen in 2022.

Interest rates are expected to keep rising in 2023

In addition to recession fears, Americans may be affected by rising interest rates in 2023.

To battle high inflation, the Federal Reserve has increased interest rates six times so far in 2022. Most recently, the Fed increased the benchmark interest rate by 75 basis points for the fourth straight month in November.

The interest rate bump pushed the benchmark federal funds rate to a range of 3.75% to 4% or the highest rate since the 2008 global financial crisis.

Even if smaller interest rate hikes are seen in 2023, any kind of increase to the federal funds rate may impact the interest rates for financial products such as credit cards.

If you are struggling in the current economy, you could consider taking out a personal loan to pay down high-interest debt, such as credit cards, at a lower interest rate. You can visit Credible to compare multiple lenders at once without affecting your credit score.

Inflation can still be a challenge in 2023

In the midst of a potential recession, Americans may not see an end to higher-than-usual prices on basic goods and services in 2023. In fact, the Mortgage Bankers Association (MBA) believes inflation won't reach the target levels until 2024.

"We won’t be at the Fed’s inflation target until 2024," Mike Fratantoni, the MBA's chief economist and senior vice president, said at the Market Outlook session at the 2022 MBA Annual conference in Nashville.

The Consumer Price Index (CPI) increased by 7.7% year-over-year in October. This indicates a smaller increase from the 8.2% annual increase in September. However, the inflation rate remains close to the 9.1% 40-year high of earlier this year.

More than half of Americans or 78% believe inflation is a crisis, according to an October study by the real estate data company Clever.

If you’re struggling to manage your finances in today’s economy, consider paying off high-interest debt with a personal loan at a lower interest rate and potentially lower your monthly payments. You can visit Credible to compare personal loan rates from multiple lenders at once and find the rate that's right for you.

INFLATION TO REMAIN HIGH THROUGH 2024, RECESSION ON ITS WAY: MBA FORECAST

Have a finance-related question, but don't know who to ask? Email The Credible Money Expert at  moneyexpert@credible.com and your question might be answered by Credible in our Money Expert column.