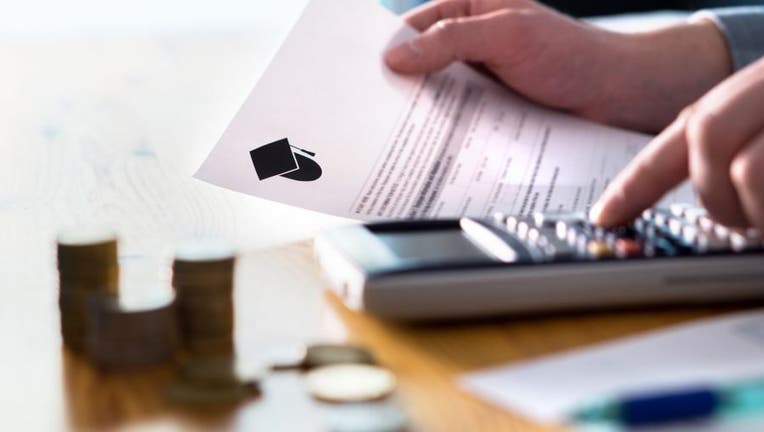 Are variable rate student loans a good idea for the collegiate crowd? It’s a classic pros versus cons issue. (iStock)

Variable rate student loans are low – as low as 1% – as the fall semester approaches, and that could be a good scenario for college loan borrows – if they play the interest rate game correctly.

What are variable rate student loans?

In a word, they’re private student loans that feature low rates at the beginning, with loan rates rising as the loan payment period rolls on. Those rate changes usually change monthly, depending on the loan’s contract terms.

You can always turn to online marketplace Credible to research private student loan options and better understand the rates and terms that are currently available to you.

FIXED-RATE OR VARIABLE-RATE STUDENT LOAN: WHICH IS BEST?

“A variable interest rate loan is a loan that does not have a fixed rate of interest over its life,” says Jonathan Howard, an advisor with SeaCure Advisors, in Lexington, Ky. “Variable rate loans will often start at a lower rate of interest than fixed-rate loans. However, the lender will define a schedule in which they can adjust that rate, either up or down, based on an underlying benchmark or index. The lender will tell you what benchmark they use and how often they will adjust the rate.’Borrowers need to take the loan view with variable rate student loan, according to Howard.

“The benefit of a variable rate loan is that there is a chance your overall interest payment, over the life of the loan, may be lower than you'd have to pay with a fixed loan,” Howard says. “Studies show that variable rate loans are generally more affordable over the life of the loan than fixed loans. The lower interest rates at the front end of the loan can make payments more affordable when income is lower, and when interest rates potentially increase later, your income will be higher to accommodate those payments.”

6 WAYS TO LOWER YOUR STUDENT LOAN INTEREST RATEThe downside is that borrowers give up control of the loan’s interest rate.

“As in 2008, variable rate loans have a famous history of becoming untenable for borrowers,” Howard adds. “Also, with interest rates at historically low levels right now, you're almost certainly looking at interest rate hikes on a variable loan in the future. In contrast, a fixed-rate loan is simple. The interest rate established at the inception of the loan isn't going to change.”

Variable-rate student loans, by the numbers

Some student loan experts say that variable rate student loans are a risk worth taking, if a lower total loan amount is a big priority – but there are caveats.

Again, you can use Credible to compare student loan rates from up to eight lenders in just minutes.

WHAT APR MEANS ON YOUR LOANS

A lower interest rate can save college students “a lot of money” over the life of the loan, Latham notes. “For example, a $25,000 student loan with a 5% annual percentage rate (APR) and a 10-year term will cost a student loan borrower $4,216 more in interest than the same 10-year loan with a 2% APR.”

That said, there are isolated risks tied to variable rate student loans.

“Lenders typically tie their variable interest rates to the one-month or three-month London Interbank Offered Rate (LIBOR),” Latham says. “This is a market benchmark that represents the rate global banks charge each other for short-term loans. Over time, the LIBOR rate tends to track the Federal Reserve rate, which is why student loan variable rates are so low right now.”

“Basically, students should consider getting a student loan with a variable interest rate when they are confident interest rates will drop or stay the same for the foreseeable future,” he adds.Low rates are also dependent on having an excellent credit score.

“Having a high credit score is largely a function of the number of years you've been making on-time bill and debt payments,” Latham says. “As a student in the 18-22-year age bracket, there's no way to have the time necessary to build a high credit score. This means you'll need a cosigner. If the student defaults on the loan, the cosigner will be held responsible for repayment.”

HOW TO FIND A PRIVATE STUDENT LOAN COSIGNER

If you decide to private student loans – either fixed or variable – create a financial plan to understand how much you should borrow and how you'll pay it back.

“To do this, look at your total household debt load (i.e., credit cards, car loan, student loans) and make sure that debt does not exceed your gross (pre-tax) annual salary,” Howard says. “If your total debt breaks this rule, stay away from the loan. As a student, you can use the lender's projected loan payments and the projected starting salary figures for your major and geographical area to estimate this ratio."

When leveraging variable-rate student loans, also know that rates can and do change – and their likely trend is to move upward eventually.

3 THINGS TO KNOW BEFORE BORROWING FOR COLLEGE

“Interest rate changes can lead to a higher bill if the underlying index or benchmark the lender uses increases from where it was when the last interest rate was last locked in,” Howard says. “Rates are historically low right now. They have only one way to go: Up. So, a variable loan today will almost certainly have a higher rate in the future. Lenders will adjust the rate monthly, quarterly, or annually. The schedule will always be defined in the loan terms.”

Your income stability should also be a factor when weighing variable rates student loans.“Studies show that variable rate loans are more affordable to the consumer than fixed loans over the life of the loan,” Howard says. “Longer term loans are more risky than shorter term loans because they have a longer time during which they will be exposed to potentially higher interest rates.”

The borrower’s salary will largely dictate how risky a variable rate loan is, as well.

“If you’re in a field like medicine or work for a large tech firm where you have a strong potential for high income and regular salary increases, you will be largely immunized against the potential interest rate increases you'll have with a variable rate loan,” Howard adds. “If you’re an entrepreneur or doing contract-based work where income is feast or famine, the unpredictability of variable loan rates could create too much uncertainty.”

When shopping and comparing lenders to get the lowest interest rates, leverage a loan platform like Credible. There, borrowers can choose among multiple loans in a matter of minutes.