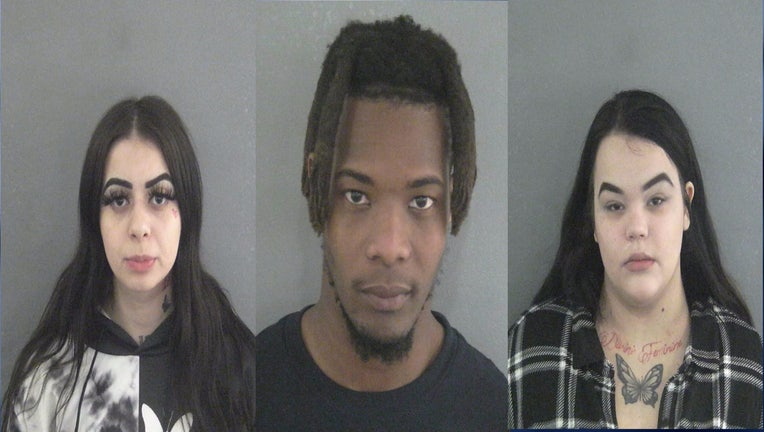 SUMTER COUNTY, Fla. - Three people have been arrested in connection to a shooting and robbery that happened on a dead-end road in Sumter County Saturday, deputies said.

Around 12:03 a.m. Saturday, deputies said they responded to a shooting near the dead end of County Road 510 in Adamsville. Deputies said a man was robbed at gunpoint and was shot in the back during the incident. The man was taken to the hospital in stable condition.

Deputies identified Joshua Aaron Timmons, 24, as a suspect and arrested him on charges of attempted murder and armed robbery. Timmons was allegedly assisted in the crime with two other women, 20-year-old Gracie Madison Lemke who was charged with armed robbery and burglary to a conveyance, and 20-year-old Lauren Paige Locher who was charged with burglary to a conveyance, deputies said.

All three were booked into the Sumter County Detention Center, deputies said.

This is an ongoing investigation and deputies ask anyone with information on the case to contact the Sumter County Sheriff's Office at 352-793-2621.