6 arrested in deaths of Longwood parents

After nearly a year, police in New York have made arrests in the deaths of a Florida couple and their friend who were visiting Buffalo at the time of their deaths.

LONGWOOD, Fla. - FOX 35 News has learned that six New York residents have been charged for their involvement in the deaths of a Longwood, Florida couple and a friend traveling with them.

The group was on a road trip to New York with the couple's 3-year old son. The boy was later found all alone on a stranger's porch nearby in a cardboard box. He is now in the custody of his grandparents.

U.S. Attorney James P. Kennedy Jr. announced on Tuesday that a federal grand jury has returned a 24-count indictment charging the six defendants with narcotics conspiracy, a conspiracy that ultimately led to the deaths of the three individuals, and the burning of their bodies.

According to investigators, Cobb and Wilson allegedly robbed and then murdered the three victims.

"Following the murders, Cobb, Wilson, and defendant Reed are accused of obstruction of justice for burning the bodies of Valentin-Colon and Merced-Plaud, and mutilating and burning the body of Roman-Audiffred." 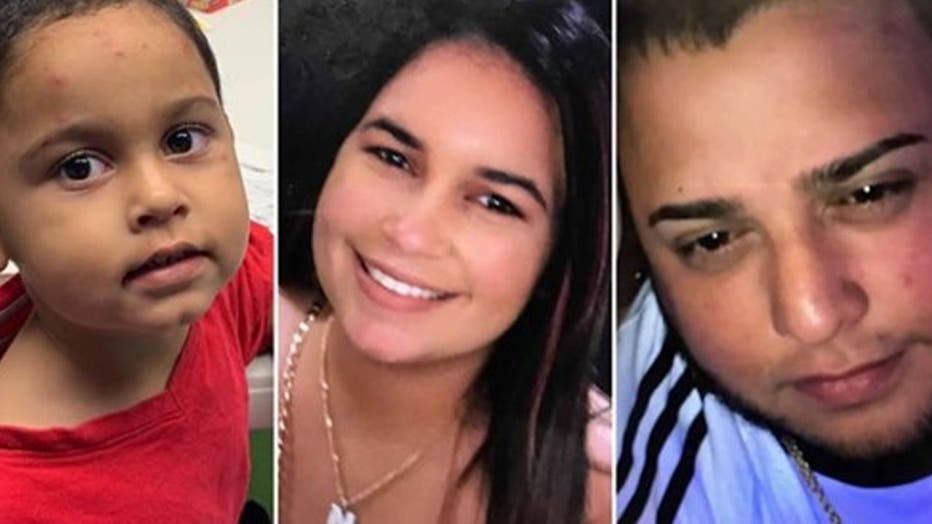 “For the families of Miguel, Nicole, and Dhamyl, we hope that the charges announced today will ease some of your suffering,” said Stephen Belongia, Special Agent-in-Charge of the FBI's Buffalo Office. “And to gang members and other violent criminals, if you choose to live a life fueled by greed and violence, you should know that the FBI and our law enforcement partners stand ready to do everything in our power to ensure you are held accountable for your crimes."

The child's grandmother, Zenaida Colon, said her grandson still remembers the incident and brings it up often and is receiving help for the traumatic experience.

"He knows they got shot, he knows there was blood, he knows my son fought, he knows his mom was screaming for them not to hit his dad, he remembers a lot," Colon said.

She said that even nearly a year removed from the tragic event, the deaths are still a shock. But she believes justice will be served.

"I really am confident that the DA’s office, the judge, the jury -- if it comes to that point -- will give these people the maximum penalty. It’s what I’m asking for