Seeds believed to be from China popping up in Florida mailboxes

Federal agents are now getting involved.

ORLANDO, Fla. - A warning about mystery seeds being sent to Floridians by mail has been ussed by Agricultural Commissioner Nikki Fried.

Packages of seeds are popping up unexpectedly in mailboxes across the state with Chinese lettering on them.  What type of seeds are in the package is unknown at this time.

Fried is warning people who receive them not to open them, saying they could be invasive and may introduce pathogens, toxins or plant and animal disease.

Lisa Pompano says she actually ordered some seeds online.  However, she’s concerned after seeing the agricultural commissioner’s warning, including pictures of the unsolicited packages.

People across the county, including Central Florida, are receiving mysterious seeds in the mail with the sender appearing to be based in China. Officials are warning them not to handle the seeds and report them to the state.

“It was the exact same packing I had received and the seeds are very similar,” Pompano said.

She told FOX 35 News that she ordered her seeds back in February and they just arrived last week from Malaysia.  The warnings from officials say many of the mystery packages are believed to be from China and some have Chinese lettering on them.

As of this week, 60 Floridians reported receiving these unsolicited packages of seeds in the mail.  The seed packages are popping up in 26 other states.  Pompano says she ordered strawberry seeds to put her in planters. 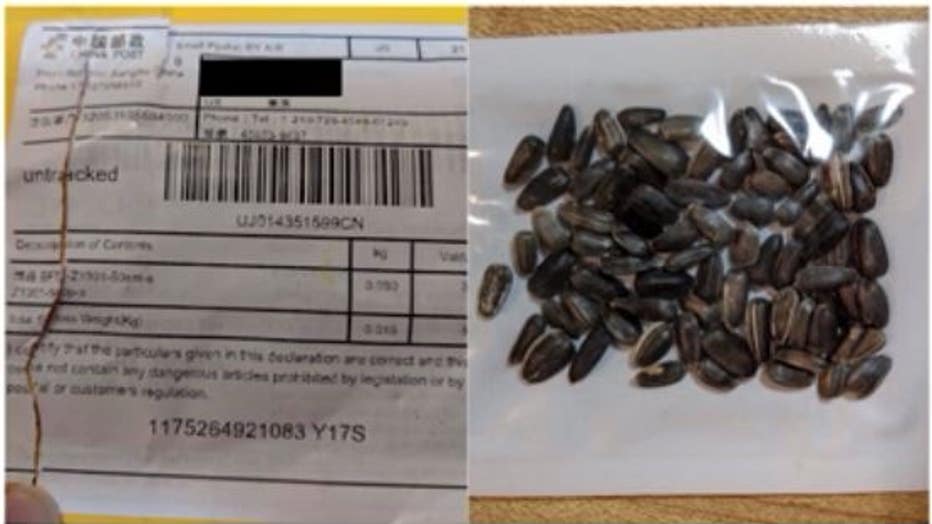 “It is a little bit nerve-wracking. I’m definitely not going to plant them now. I don’t need strawberries that bad,” Pompano said.