Future of Biketoberfest still under review

The coronavirus pandemic has not stopped bikers from attending a world-renowned bike festival in South Dakota. That has prompted Daytona Beach to take a closer look at the future of Biketoberfest, which is still undecided.

DAYTONA BEACH, Fla. - As thousands of bikers take to the streets of Sturgis, some wonder about the future of other bike rallies like Daytona Beach’s Biketoberfest.

The sight of mask-less riders in the South Dakota city during a pandemic has some worried the event could become a superspreader of COVID-19.

Daytona Beach Mayor Derrick Henry says he’s seen the pictures and videos as the city still decides on the future of Biketoberfest 2020.

“You’re concerned that the folks will not be socially distanced...that they will add to the spread of the virus,” he said.

Mayor Henry and commissioners have not given the event’s organizers the green light for permits that would allow the use of parking and extra vendor space.

Instead, they have asked them to come up with a plan for review. Mayor Henry says it’s a tough call unless cases drop by then.

“A tall order to convince me that it’s the right thing to do, but you do want to give them an opportunity,” he said.

As he sees bikers line up in small-town Sturgis, Mayor Henry is considering the difference in the cities’ layouts and COVID-19 mandates.

“We have a large community here in Volusia County where we tend to welcome bikers not just in Daytona Beach so they have a variety of spaces and places where they can spread out,” he said.

Permits or not, Main Street business owner Carol Boprie-Daniel is sure the party won’t stop.

“We’re gonna have people come from all over the world regardless of if they’re gonna have a lot going on because there’s all these other establishments that are gonna patronize Biketober fest,” she said.

Mayor Henry said that’ll mean the city would need to up its safety reminders.

“Billboards….plaster the community with our theme that the county has adopted - Wash up, Back up and Mask Up,” he said. 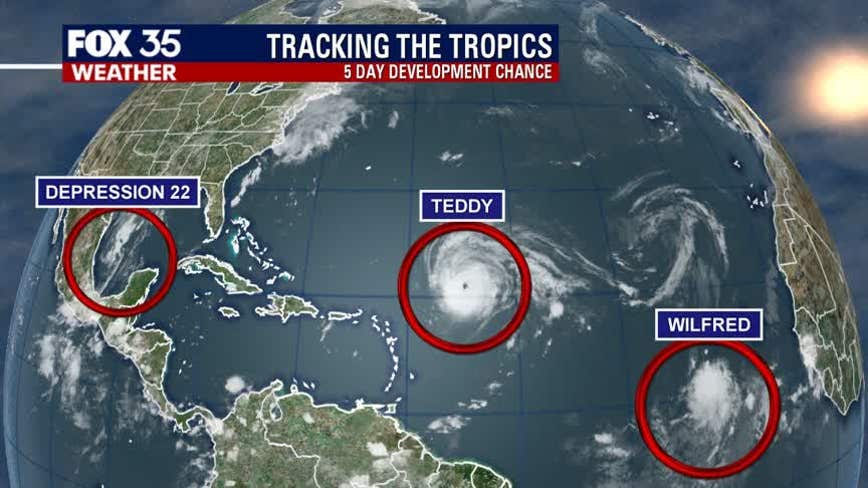