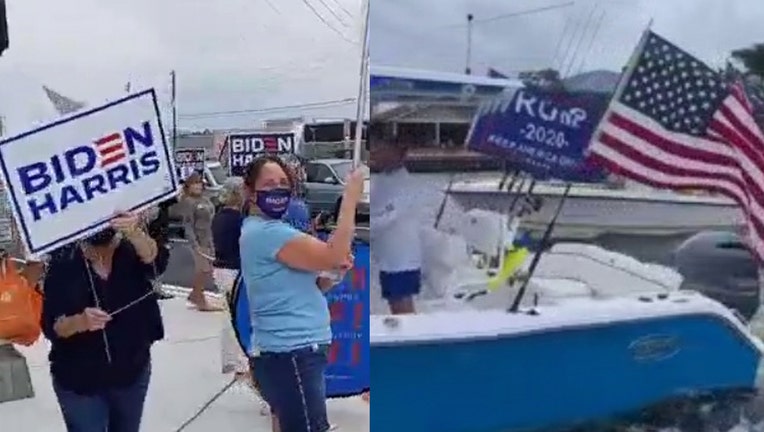 Election Day is less than a month away and voters are taking to the streets -- and waterways -- to show support for the Presidential candidate they believe in.

On Saturday in Fort Lauderdale, supporters of President Donald Trump took part in a flotilla to show solidarity with the president as he receives treatment for COVID-19. Reports say that hundreds of supporters took part, despite rain and wind.

The boat rally was held over the weekend. Video is from Judy Lahr via Storyful

Then in Trinity, Florida, supporters of Joe Biden rallied behind the Democratic nominee.

Joe Biden supporters gathered this weekend in Florida. The video is from Smitty's Sports and Politics via Storyful.

A New York Times/Siena College survey released on Saturday showed Biden leading over Trump in two swing states, including Florida. He had a margin of 47 percent to 42 percent among likely voters in the Sunshine State.

Storyful contributed to this report.