BREVARD COUNTY, Fla. - The SPCA of Brevard Adoption Center is trying to identify two women who were caught on security camera dumping two little Chihuahua's in the back of their clinic and leaving.

According to the shelter, the two women were seen around 4:00 p.m. leaving the dogs at the rear of the clinic on State Road 50.

SPCA employees said abandoning a pet is a misdemeanor.

"These dogs were discarded and are scared to death," the shelter wrote on Facebook. 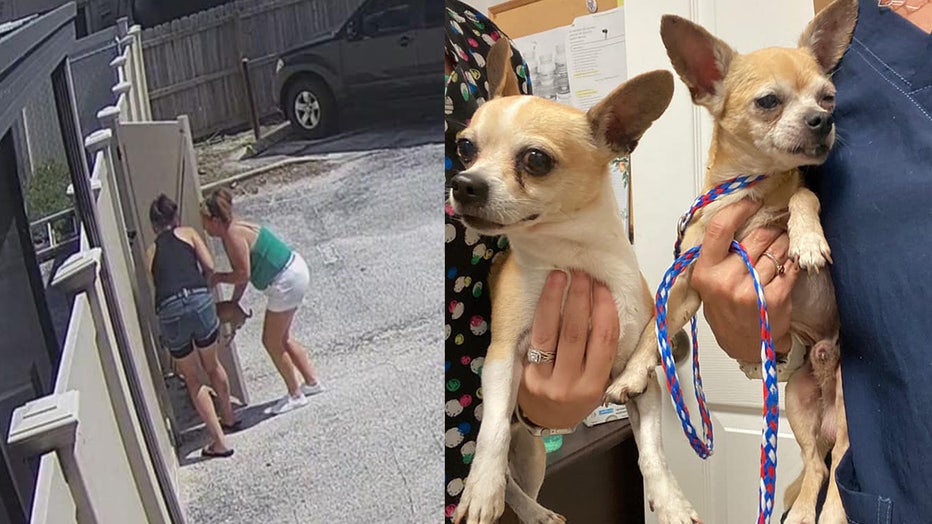 “They were just left back there defenseless,” Naylor said. “That’s in an area that is hot concrete with no shade. They could’ve easily gotten into a yard with a dog had they been left unattended for much longer and that could’ve been dangerous for them.”

The dogs don’t have serious injuries, but one of them does need to see a vet.

“We’re still in the early stages of this, but just our big message is that we want to tell people don’t dump animals,” Naylor said. “It’s not safe. Especially when you can literally walk inside a door and help them.”

After posting stills of the security video to Facebook, the shelter says they have received some tips that may help identify the women, who were reportedly driving a silver SUV. The information has been turned over to animal control.

"Please folks...no matter how hard of times you're having, do right by your pets. We have so many services to help in times of need that this is absolutely not necessary."

If you have any information about these women, call the Brevard County Sheriff’s Office.