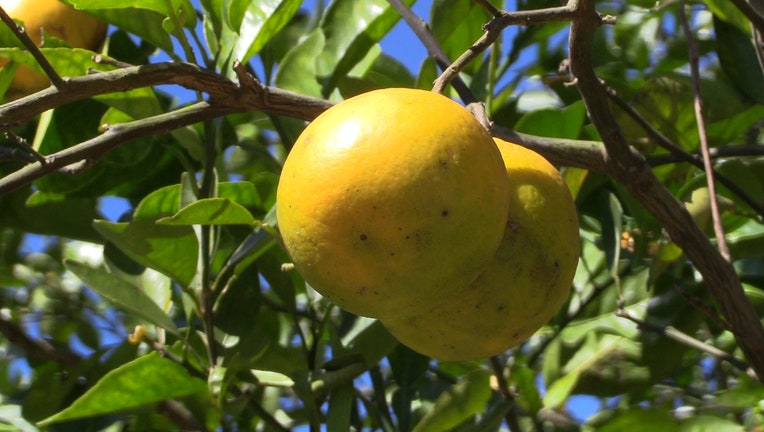 TALLAHASSEE, Fla. - Florida’s citrus industry hit a bitter note near the end of the growing season, with orange production down nearly 6 percent from last year.

The U.S. Department of Agriculture forecast released Thursday indicates state growers will fill 67.65 million 90-pound boxes, the industry standard. The number of boxes is down 2 million from the May forecast and below the 71.85 million boxes filled during the 2018-2019 season.

The industry entered the current season on an optimistic tone, expecting to boost last year’s rebound from a disastrous 2017-2018 season in which production fell to 40.5 million boxes, due to Hurricane Irma.

“This forecast reflects the natural fluctuations we would expect over the course of a season and contributes to a multi-year trend indicating growers continue to make strides against citrus greening,” Florida Department of Citrus Executive Director Shannon Shepp said in a press release Thursday.  “We are encouraged by year-over-year increases in both grapefruit and specialty citrus production and hope to see similar stability or gains in the orange category soon.”

Grapefruit production fell from 4.9 million to 4.89 million boxes in the monthly forecast, still above the 4.51 million boxes filled in the prior season. The forecast held at 1.02 million boxes for Florida’s specialty citrus, primarily tangelos and tangerines, which is up from last year’s total of 990,000 boxes.