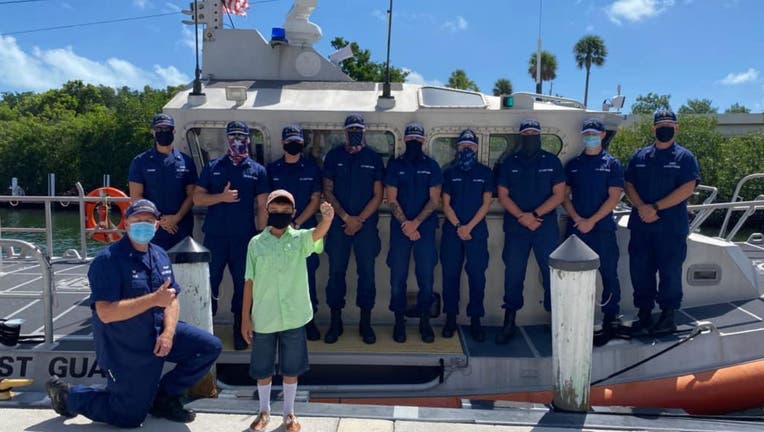 Photo by the Coast Guard

Members of the Coast Guard in the Florida Keys are hailing an 11-year-old boy for helping them rescue his grandparents from drowning at sea.

Jim and Kim Harris were enjoying a day on the water off Rodriguez Key on Thursday when they became separated from their boat.

Thankfully they were with their grandson Avani Perez.

MORE NEWS: Trump to hold first rally back after COVID-19 diagnosis in Sanford

The station said Avani remained on the line for an hour while a Coast Guard crew, sheriff’s deputies, and conservation officers worked to quickly determine their location.

It said that “ultimately, a good Samaritan and FWC ( Fish & Wildlife Conservation) [who] were able to locate and retrieve the grandparents while Coast Guard Station Islamorada Crew simultaneously located the vessel with Avani onboard.”

“The grandparents were reunited with Avani and their vessel without further incident,” the station reported.

“The whole time we were in the water we were like, we know he’s got this,” said the grandmother, Kim Harris. “He was raised on a boat.”

She jumped into the water to rescue her husband after he jumped in to untangle the anchor line from the propeller and then began struggling in the current.

Avani met the Coast Guard crew involved in the rescue Friday and was presented with a gold coin in honor of his heroic actions.

“I did what I had to do,” Avani said, according to the Associated Press. “There was no second choice. It had to happen.”