The Lake County Board of Commissioners announced on Tuesday that it plans to ask the state to pick a new place to put the Confederate statue of General Edmund Kirby Smith.

LAKE COUNTY, Fla. - The Lake County Board of Commissioners announced on Tuesday that it plans to ask the state to pick a new place to put the Confederate statue of General Edmund Kirby Smith.

Community members who have been against the Confederate statue since day one told FOX 35 Orlando that they were surprised by the announcement.

“I think we should petition the Governor and the Secretary of State to reopen that selection process and try to find a museum that would be more directly connected to Kirby Smith,” Lake County Board of Commissioners Chairman Leslie Campione said during a meeting on Tuesday. 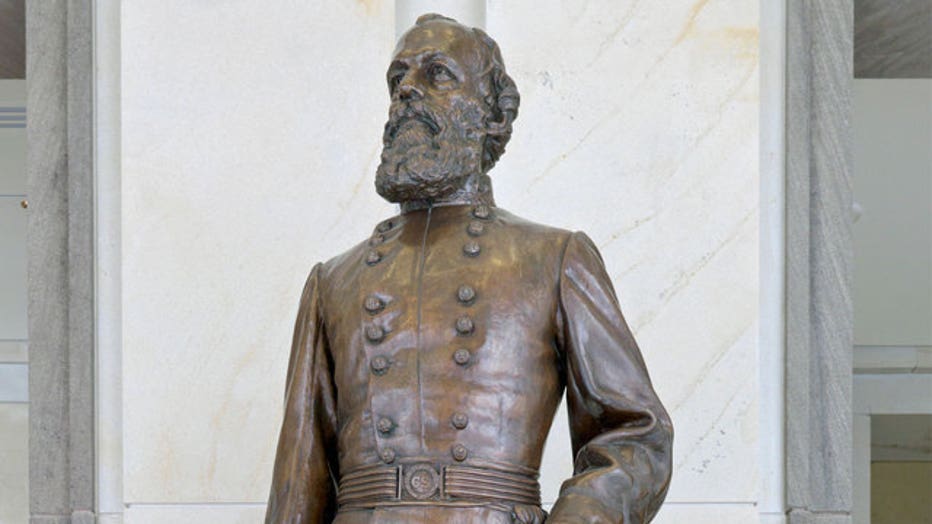 Lake County residents have spoken out against the statue for years and many of them attended Tuesday’s meeting.

“With everything that’s happened with George Floyd, his family, and the other things that’s happened -- the protests, the unrest, the marches -- surely had to weigh on the county commissioners and I’m glad they made a decision that is going to be better for this county,” community activist Pastor Mike Watkins of Friendship CME Baptist Church said.

The statue, which is currently in the US Capitol building in Washington, D.C., was set to be moved to the Lake County Historical Museum.

The county commissioners voted in favor of the statue coming last July.

Now, they plan to draft a letter or resolution to send to the state, asking for the statue to be put in another museum.

Community members told FOX 35 Orlando that they are going to continue to follow up with the county to make sure what was said in the meeting makes its way to the state.