Courts and families impacted by COVID-19

Child support, visitation and custody battles have been in limbo as the court system adjusts to the coronavirus pandemic. In Florida, criminal jury trials have been pushed to late July while civil jury trials may not resume until the fall.

MELBOURNE, Fla. - During the two months of stay-at-home orders due to the coronavirus pandemic, unemployment in America spiked by an alarming 40 million. For parents who lost their jobs, suddenly paying child support and/or alimony became harder or impossible.

Attorney Rebecca Palmer says the Florida Family Courts system is not unkind to people in those situations.

"You should see a lawyer and file what’s called a ‘petition of modification.’ That’s important to do so that you can establish the dates that you need to go back to when that occurred," she explains.

Palmer says the hearings that have changed into Zoom video calls have been going longer, giving parties more time to say what they want to say.

"Because people aren’t waiting outside of the courtroom. One case that I had...it was scheduled for 30 minutes, It went an hour-and-a-half, so Zoom is working."

Something else parents with shared custody need to be aware of is that the courts have been siding with parents who want to minimize their kid's exposure to the virus, Palmer says, but they don’t allow that to be a reason to stop visitation.

"In one circumstance, the mother had posted something about having symptoms of COVID and the father was absolutely not comfortable in the kids going to her after that, and understandably so," she says. "Just remember, everything out there is public. If you’ve made representations like that, that could have an effect." 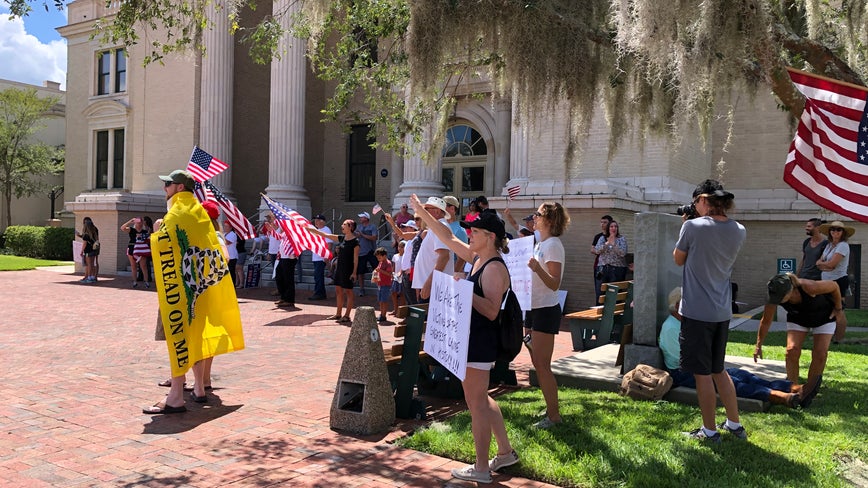