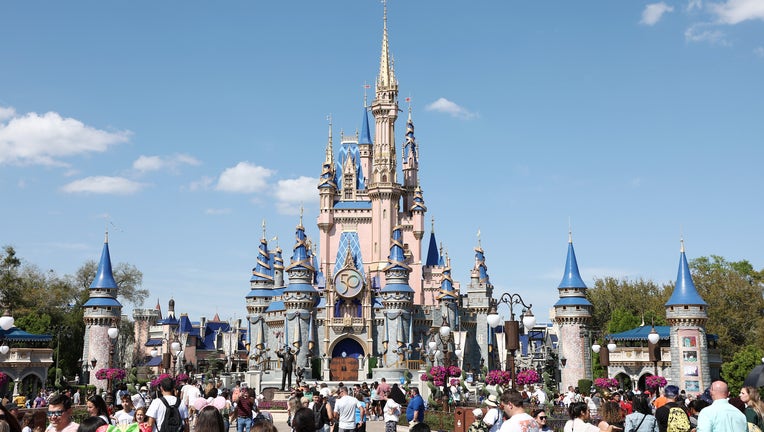 ORLANDO, Fla. - Your next visit to Walt Disney World will cost more as Disney is raising its prices.

Walt Disney World Resort confirmed Tuesday that it will raise the price of admission to visit its theme parks – Magic Kingdom, EPCOT, Disney's Hollywood Studios, and Disney's Animal Kingdom – in December, and that ticket pricing will vary by theme park and demand. Magic Kingdom will be the most expensive park to visit, Disney said.

Right now, one-day admission to one of Disney World's four theme parks begins at $109 for guests ages 10 and older. Starting on Dec. 8, 2022, when the resort implements its park-specific pricing on 1-day, 1-park tickets, ticket prices will range from $109 to $189, depending on the date and park.

How much are Walt Disney World theme park tickets?

Based on Disney's new program, here is how much it will cost to visit each park:

Guests at Walt Disney World Resort were treated to an extra dose of magic on Thursday when the U.S. Air Force Thunderbirds performed a flyover at Magic Kingdom! (Credit: Jordan Viles)

Walt Disney World said the peak ticket price at its Magic Kingdom theme park – $189, not including the park hopper add-on, parking, or anything else – would account for the nine days around Christmas and New Year's.

Disney's park hopper – an add-on that allows people to visit more than one park in the same day – will also increase.

Disney also announced another change to its reservation system. Now, when people book a one-day, one-park ticket, they will automatically make a reservation to visit that particular theme park.

"We continue to focus on providing guests with the best, most memorable Disney experience, and we’re doing that by growing our theme parks with incredible new attractions and offerings," Disney said in an official statement.

Lightning and rain put a bit of a damper on a big night at Walt Disney World Resort on Thursday, but not even Mother Nature couldn't stop the return of "Fantasmic!" at Disney's Hollywood Studios.

During the COVID-19 pandemic to control crowd sizes, Disney implemented a reservation system that required people to have both a theme park ticket and a reservation to visit.