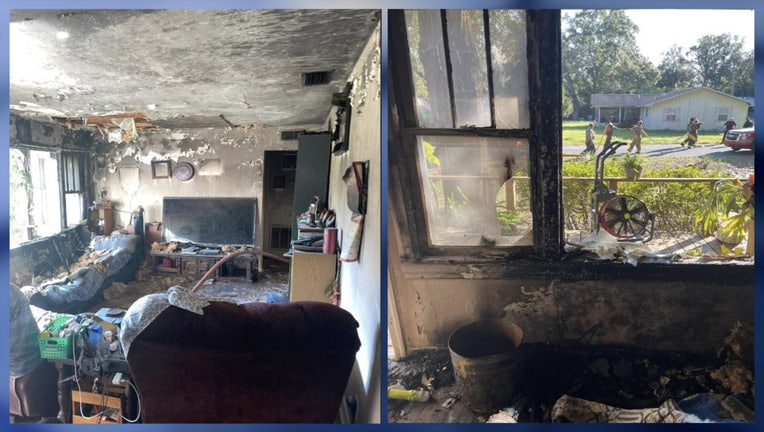 OCALA, Fla. - A dog was saved by firefighters after a fire ripped through an Ocala house Friday afternoon.

Firefighters were dispatched to a home on fire at the 2800 block of SW 17th Circle around 2:42 p.m. When they arrived, a single-story home was on fire with smoke showing from a front window, firefighters said.

At first glance, it appeared no one was home.

Firefighters said they knocked down the fire from the outside before coming into the home through the front door.  They were able to control the flames within minutes, confining the fire to the room where it started — the living room.

During a secondary search, firefighters said they found a dog hiding under a bed. He was brought outside safely.

The cause of the fire is unknown. No one was injured in the fire.