President's Trump's son made a campaign stop in Ormond Beach one day after his father spoke in Ocala.

ORMOND BEACH, Fla. - On the heels of his father's rally in Central Florida on Friday, Donald Trump Jr. held a campaign event on Saturday afternoon in Ormond Beach.

The 'Make America Great Again' event was held at 2A Ranch at 3455 Relay Road. 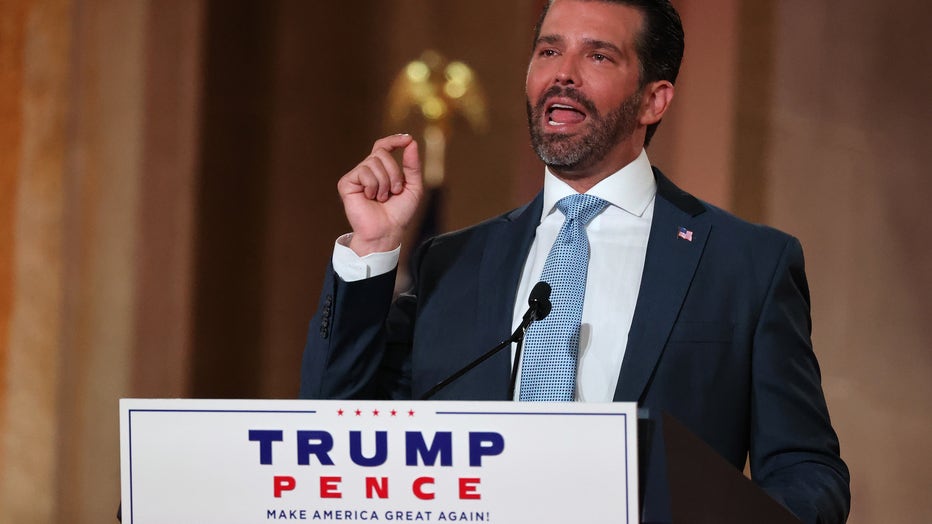 Donald Trump Jr. pre-records his address to the Republican National Convention at the Mellon Auditorium on August 24, 2020 in Washington, DC.

Addressing a campaign rally Friday in Ocala, President Trump reminded thousands of supporters that "I live here, too." He recently switched his legal residence from New York.

RELATED: Trump predicts 'red wave' of voting in Florida during rally in Ocala 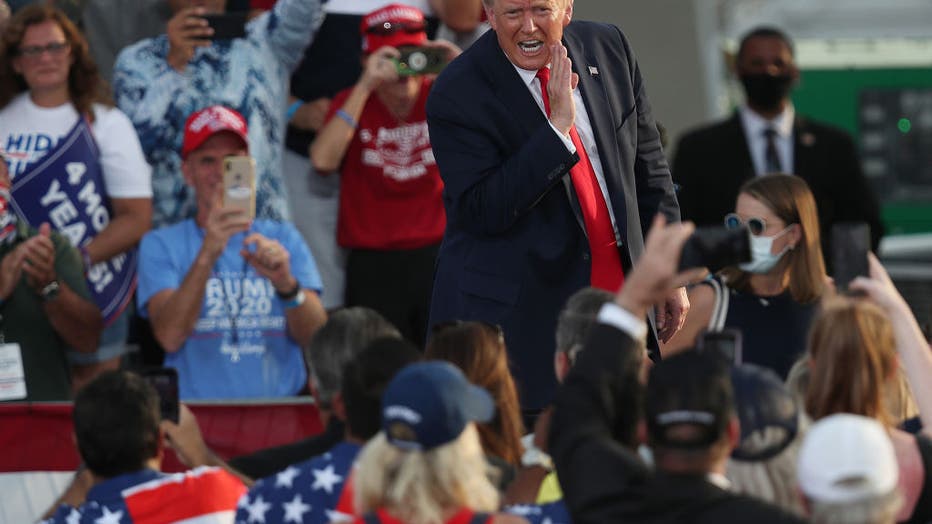 President Donald Trump speaks with someone in the crowd as he leaves his campaign event at the Ocala International Airport on October 16, 2020 in Ocala, Florida. (Photo by Joe Raedle/Getty Images)

Trump predicted a "red wave" of Republican voting, "the likes of which they've never seen before."

Watch FOX 35 News for the latest updates on this election season.