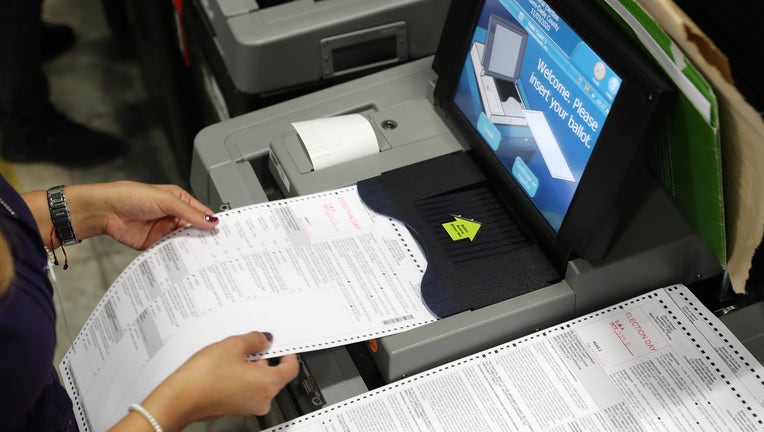 ORLANDO, Fla. - Hundreds of thousands of Florida voters have already mailed in their ballots for the 2020 general election and early voting throughout the state begins on Monday.

While the main focus of the election is choosing between President Donald Trump and Democratic Presidential Nominee Joe Biden, Floridians will also be faced with six proposed amendments.

Here is a breakdown of the six amendments:

The Florida Constitution now says, “Every citizen of the United States who is at least eighteen years of age and who is a permanent resident of the state, if registered as provided by law, shall be an elector of the county where registered.”

The proposal would change that wording to: “Only a citizen of the United States who is at least eighteen years of age and who is a permanent resident of the state, if registered as provided by law, shall be an elector of the county where registered.”

AMENDMENT 3: All Voters Vote in Primary Elections for State Offices

Under Amendment 3, registered voters in Florida would be allowed to cast ballots in primary elections regardless of party affiliation. The two candidates getting the most votes in each primary would advance to the general election.

Amendment 4 would require any amendment to be approved in two separate elections before it could be written into the constitution. Approval of 60 percent of the electorate would be needed each time.

Amendment 5, which was placed on the ballot by the Florida Legislature, extends the window of time that Florida homeowners have to transfer a Save Our Homes tax benefit from two to three years when moving to a new residence.

Analysis by state officials shows that passage of the amendment will reduce local property tax receipts by $1.8 million beginning in Fiscal Year 2021-2022, increasing to $10.2 million by Fiscal Year 2025-2026.

Amendment 6, which was placed on the ballot by the Florida Legislature, would allow for homestead property tax discounts for deceased veterans with combat-related disabilities to carry over to a veteran’s surviving spouse until that spouse remarries or sells the property.

If the spouse sells the property and does not remarry, the spouse’s new primary residence would receive the homestead tax discount. Surviving families would be given financial assistance with the passage of the amendment.

RELATED: 2020 presidential election: Where Trump and Biden stand on key issues, according to their campaigns

Visit the FOX 35 VOTER'S GUIDE for everything you need to know about the 2020 election, including polling locations, early voting dates, and sample ballots.