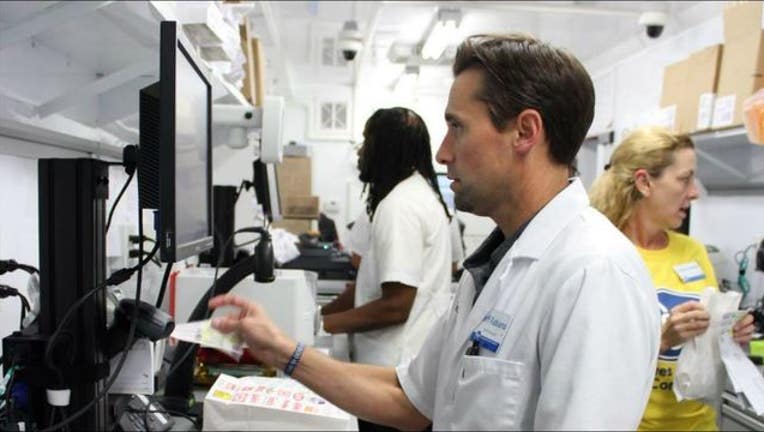 TALLAHASSEE - A push to expand the role Florida pharmacists play in delivering health care --- deemed a growing necessity due to the coronavirus pandemic --- is running into questions about how it will be carried out.

Despite resistance from doctors, the Legislature passed a law this year to expand what health services could be provided by pharmacists. But implementing new rules to carry out the law is drawing fire from physicians who worry about a lack of specifics on what pharmacists can and can’t do.

Physicians on two state medical boards held a joint meeting last week to review and discuss drafts of 12 proposed Board of Pharmacy rules that, once passed, would implement the law, which allows certain pharmacists to provide additional types of care to patients beginning July 1.

Members of the Board of Medicine and Board of Osteopathic Medicine have been told that Gov. Ron DeSantis’ administration wants the rules fast-tracked as the state battles the spread of COVID-19, the respiratory disease caused by the coronavirus.  To that end, a Board of Pharmacy committee is slated to finalize the proposed rules during a June 25 meeting.

But some members of the two physician-licensing boards who attended the joint meeting complained about a dearth of details in the proposed rules, which are meant to spell out how pharmacists will work in tandem with doctors.

A proposed rule on “collaborative pharmacy practice agreements” would require pharmacists to submit any modifications or updates to the state pharmacy licensing board within five days. But Board of Osteopathic Medicine Chairman Joel Rose, a Tampa physician, said the rule doesn’t define modification.

“I would think after a while there could be a lot of modifications …  if doctors want to utilize those services,” said Rose, who chaired last week’s joint meeting with the Board of Medicine to discuss the proposed rules. “I thought in the rule they may want to specify what a modification is.”

Rose also suggested that the Board of Pharmacy might want to come up with a standardized form that could be submitted when modifications and updates are made.

But the proposed rules don’t detail how the collaborations between physicians and pharmacists would work. Under the new law, physicians can enter into collaborative agreements with certain pharmacists and designate the names of certain patients that the pharmacists can treat for chronic medical conditions.

Coral Springs physician Shailesh Gupta said he thought the proposed rule regarding collaborative agreements should include standardized language, which it currently does not.

“That way people aren’t just aren’t free writing this as much as possible. I think there is certainly going to be a trial and learning period where everybody tries to understand how this is going to all work,” said Gupta, a member of the Board of Medicine. “I understand the Legislature probably had something in mind, and we all need to embrace that aspect of it. But I also think it’s important to watch the process as it unfolds. So how are we going to make this a standardized agreement, that’s the real question that I would want to know.”

House Speaker Jose Oliva, R-Miami Lakes, used his considerable legislative power to revamp parts of the health-care system during the 2019 and 2020 legislative sessions. A big part of his platform was expanding the scope of practice for advanced registered nurse practitioners and pharmacists, which he maintained would lower the costs of health care, including for uninsured people.

Oliva during the 2020 session convinced lawmakers to pass the measure (HB 389) that expands the scope of practice for pharmacists, allowing them to work with physicians and provide more primary care to patients.

Physicians attending the meeting last week appeared to wrestle with their limited role in implementing the law.

Attorneys had to advise the physicians on the boards that they were given no authority in the 2020 law to pass rules. Instead, the law directs the Board of Pharmacy to consult with the two medical boards to implement the rules.

Michelle Mendez, a Jacksonville physician and member of the Board of Osteopathic Medicine, flagged a proposed rule that would implement a part of the law about pharmacists testing and treating patients. Qualified pharmacists will be authorized to test for influenza and strep throat and to treat non-chronic medical conditions, such as athlete’s foot and ringworm, so long as they are working with supervising physicians.

Mendez had concerns that the proposed rule didn’t define supervising physicians. While the law authorizes any medical or osteopathic physician to serve as a supervising physician, she said the medical boards should have the ability to ensure appropriately qualified physicians are serving in supervisory roles.

Her comments were echoed by Gupta, who said that “in principle” he didn’t have an issue with expanding the scope of practice for pharmacists, but said the medical boards need to be more involved in the process.

“We do regulate the practice of medicine and there is a reason for it,” he said. “We have a regulatory framework and a structure where both boards have some say (over these proposed rules) and there is a good reason. So this needs to be a slow and deliberative process.”

Members of the medical boards were told they could send comments and suggested changes to the proposed rules to the Board of Pharmacy for consideration before the June 25 meeting.

The Department of Health did not immediately comment as to whether any comments or changes had been submitted.