The FOX 35 Storm Team is tracking Hurricane Fiona, Tropical Depression Eight and a tropical wave in the Atlantic. Here's what you need to know.

ORLANDO, Fla. - Fiona has strengthened into a powerful Category 3 hurricane – the first major hurricane of the 2022 Atlantic hurricane season.

The hurricane barreled toward the Turks and Caicos Islands on Tuesday after stomping on the Dominican Republic and Puerto Rico. Authorities said at least 1,300 people and some 250 pets remain in shelters across Puerto Rico.

Fiona is located about 40 miles north-northwest of Grand Turk Island and has maximum sustained winds at 115 mph. The official forecast track from the NHC is one that takes Fiona into the pen Atlantic well East of the U.S. coastline.

On Tuesday, the National Hurricane Center said that Fiona will continue strengthening into a Category 4 hurricane. Bermuda needs to stay vigilant as Fiona draws closer to the island.

HOW WILL HURRICANE FIONA IMPACT FLORIDA?

While Fiona is not expected to have any direct impact on the United States, an increase in ocean swells will affect Florida's east coast beaches.

"Wave heights are going to be very, very large. It's not recommended to enter the surf because, not only are we going to be seeing an increase in that swell, but also a rise in the rip current threat," said FOX 35 Storm Team Meteorologist Allison Gargaro. 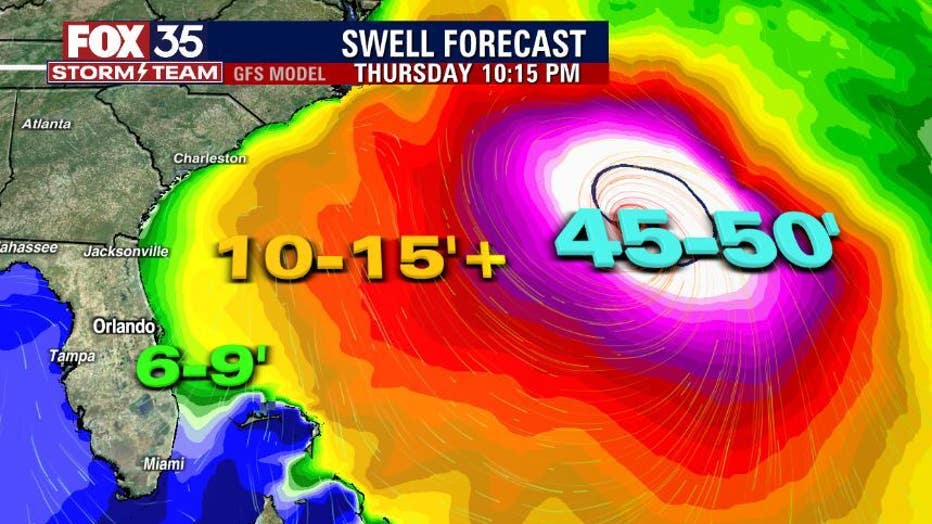 The size of the swell will be increasing and rip current risk will be huge through the coming weekend.

Tropical Depression Eight formed in the Atlantic and as of 11 a.m. Tuesday, the tropical depression is several miles west of the Azore, according to the NHC. It has maximum sustained winds of 35 mph and is north at 10 mph.

The tropical wave in the central tropical Atlantic is being monitored. The NHC said it has a 70% chance of formation. 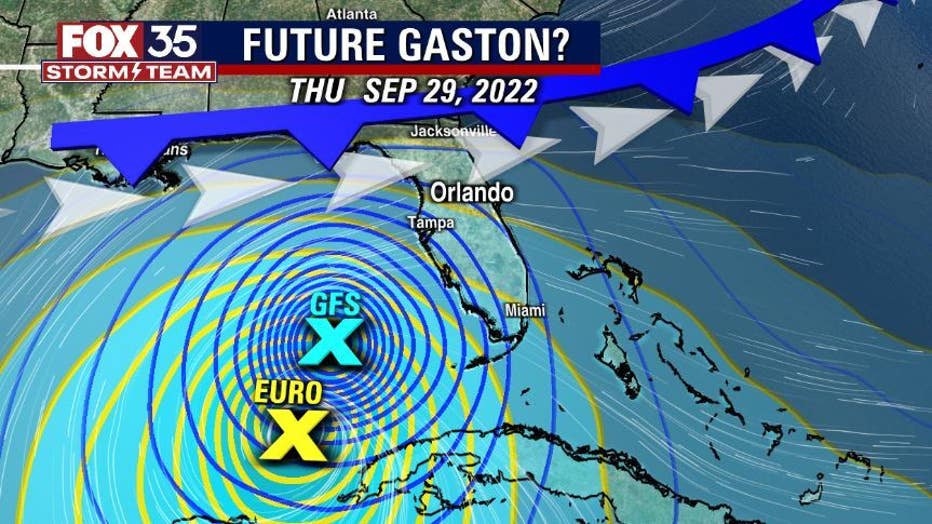 The FOX 35 Storm Team will be tracking all of the activity in the Atlantic throughout hurricane season, which ends on Nov. 30.