GRAND RAPIDS, Mich. - A Michigan judge has ruled there's enough evidence for a trial regarding the conspiracy to kidnap Gov. Gretchen Whitmer.

During court proceedings on Friday, a federal judge ruled that five men accused of conspiring to kidnap the governor and storm the capitol building in Lansing will go to trial.

Prosecutors provided enough evidence to move toward trial for five Michigan men accused of plotting to kidnap the state’s governor and they will all remain held without bond, a federal judge ruled Friday.

Last week, 13 men around the state and elsewhere were accused of several federal and state terrorism crimes.

A two-day preliminary hearing this week featured testimony by one of the FBI agents who ran the investigation, relying on confidential informants and undercover agents to thwart the purported scheme. 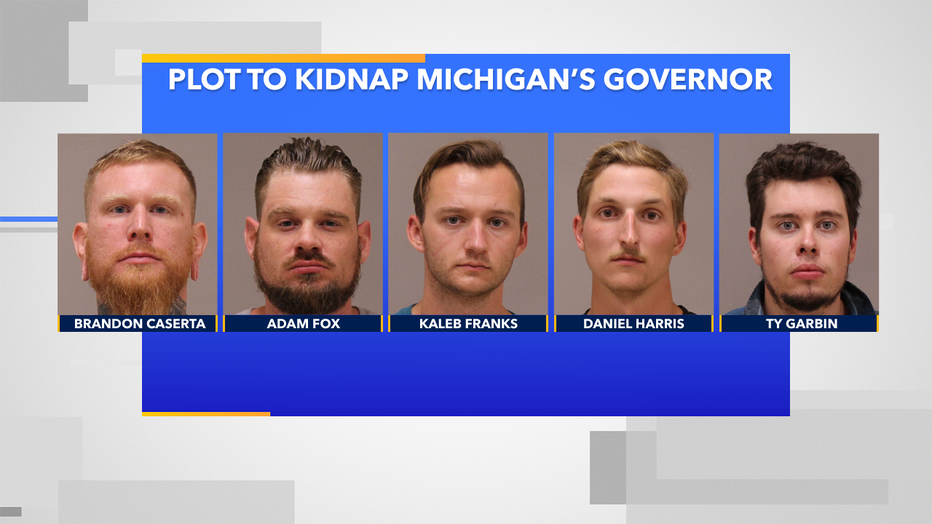 U.S. Magistrate Judge Sally Berens is also set to consider Friday whether two of the men, Adam Fox and Ty Garbin, should be denied bond ahead of trial.

Berens on Tuesday denied bond for three other men charged with planning to abduct Whitmer. A sixth man facing federal charges, Barry Croft of Delaware, was ordered to be transferred to Michigan earlier this week.

If convicted, the accused face life in prison.

A total of 14 men were charged have been charged in connection with the plot, which was revealed last week following a months-long investigation by federal agents.

Among the six men facing federal charges for conspiring to kidnap Whitmer, five of them are from Michigan.

According to the complaint filed by federal authorities, the men were planning to kidnap the Democratic governor from her private residence in West Michigan, set off improvised explosive devices (IEDs) to slow the response of police, and then take Whitmer to a secluded area of Wisconsin where she would be tried for "treason." 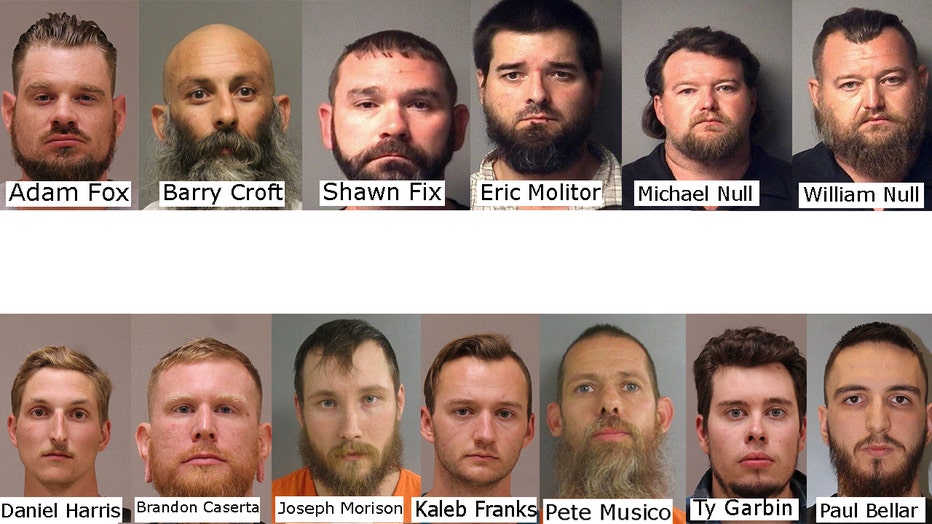 Throughout the week, prosecutors presented evidence linking the individuals, who reportedly operated as part of the militia group Wolverine Watchmen, with clear intentions to carry out their plan.

The group's legal defense argued through attorney Scott Graham, the case was "big talk between crackpots" who never intended on acting on the plans.

However, Assistant U.S. Attorney Nils Kessler argued the group repeatedly took steps to protect their communication by using encrypted chat tools and worried that federal authorities had infiltrated the group.

RELATED: Wisconsin man is 14th to be charged in Whitmer Kidnapping Plot

Additionally, another eight men face state charges brought forth by Michigan Attorney General Dana Nessel. The individuals are accused of several crimes, including providing material to support a terrorist act and felony firearm charges. The men surveyed the governor's northern Michigan home while others conducted paramilitary exercises at residences around the state.

Yesterday, Nessel's office confirmed the 14th person charged in the case is a Wisconsin man.