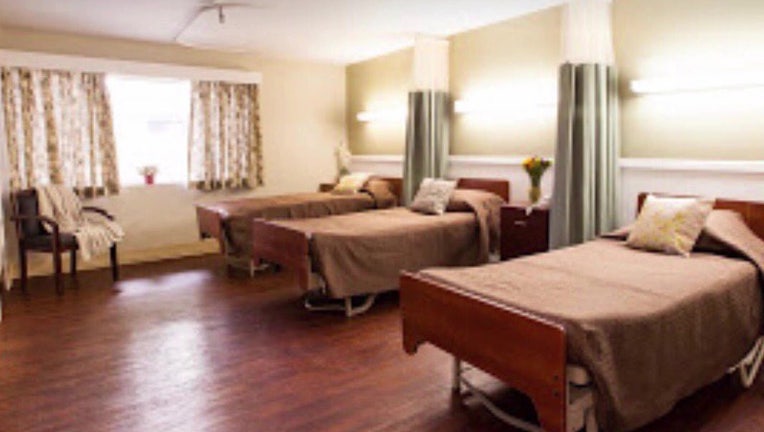 TALLAHASSEE, Fla. - Staff members at nursing homes and assisted living facilities will be required to be tested for COVID-19 every two weeks under a pair of emergency rules issued Wednesday by Gov. Ron DeSantis’ administration.

Facilities that don’t comply with the emergency rules could have their licenses revoked or suspended and face administrative fines. The new rules reinforce a thrust by the Republican governor to tamp down the spread of the deadly respiratory disease in facilities that house tens of thousands of seniors across the state.

“To have the periodic testing every two weeks, that is more surveillance-style testing. You test once and you’re negative, that’s great,” DeSantis said Tuesday, when he announced the new policy at a Tallahassee press conference. “But you can get it two weeks later. So to constantly go back to the staff --- which will be the entry point for this --- is something that is very, very significant.”

The emergency rules came after an effort to test staff members and residents at all 3,803 long-term care facilities across the state.

Data as of Tuesday showed 4,198 long-term care residents with COVID-19 and 2,448 infected staff members. Sixty-one percent of the positive residents --- or 2,584 people --- had been transferred out of the facilities where they contracted the virus to hospitals or state-designated COVID-19 facilities.

Florida has also continued to ban visitors at nursing homes and assisted living facilities, as the highly contagious disease is particularly dangerous to seniors and people with underlying medical conditions. It’s been more than 100 days since residents have been able to have in-person visits with family and friends.

“I know folks in the community have asked, ‘When can you have visitation again?’” DeSantis said. “And I want to be able to do that. But we obviously want to be very safe about it because that’s a high-risk environment.”

Under the emergency rules, which take effect July 7, nursing homes and assisted living facilities will be banned from allowing any staff members into the buildings who have not been tested for COVID-19. Facilities will be required to begin testing all staff every two weeks thereafter. An exception will be made for staff members who can provide medical documentation showing that they had previously been infected and have recovered from the virus.

AARP issued a statement Wednesday that praised the rules.

“This is a welcome step in the right direction,” Dionne Polite, AARP's Florida acting state director, said. “It has been clear for some time that staff are the most common vector through which the coronavirus is getting into elder-care facilities.”

The moves are being met with caution, though, from the long-term care industry and some advocates.

Brian Lee, a former state long-term care ombudsman, is worried about delays in test results and whether they will be timely received by the providers.

Lee has maintained for months that the state needs to purchase rapid COVID-19 testing machines and place them at every licensed long-term care facility.

Meanwhile, the Florida Health Care Association, the state’s largest nursing-home group, released a statement noting that it “welcomes” the opportunity to work with state and local officials to ensure that testing can be done on the two-week schedule and praised a state commitment to cover the costs of the testing over the summer..

“Our goal is to help make this process go smoothly and ensure that our care centers have access to timely results, so they can continue making important decisions that help protect the vulnerable residents entrusted to their care,” Florida Health Care Association spokeswoman Kristen Knapp said.

Adkins said the rules set a statewide standard that he has been advocating since late March when he implemented his own testing policies. Adkins, owner of Dayspring Village and Dayspring Senior Living, has been testing staff members and residents on a monthly basis since March 24. During that time, one newly hired staff member had a positive test result, but Adkins said subsequent testing showed it was a false positive result.

He uses a mobile test provider that travels to the facilities to test staff on site. Costs are $50 per test, and Adkins said he has paid out about $5,000 for the tests so far.

“I know from my conversations with the DOH (Department of Health) folks that many of the positive cases they are finding are asymptomatic carriers,” Adkins said. “This is the biggest threat and while a health care worker can test negative for months, all it takes is a night out with friends, contact with an infected person and they then go to work as an asymptomatic carrier and they begin spreading the virus among residents and have no idea they are sick.”

Unlike permanent rules, emergency rules are valid for 90 days.

The state Agency for Health Care Administration, which regulates long-term care facilities, also issued a  pair of emergency rules May 12 mandating that the Department of Health be allowed to enter every nursing home and ALF in the state and that every staff person agree to be tested for COVID-19 or lose their jobs. It was those rules that authorized a statewide testing effort that concluded in June.