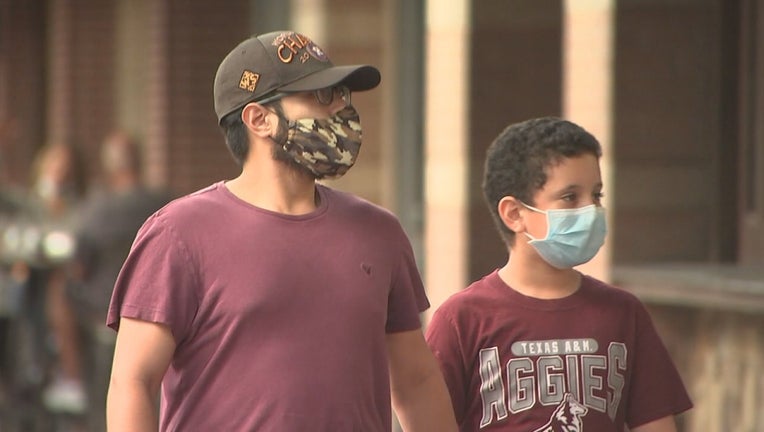 ORLANDO, Fla. - Gov. Ron DeSantis lifted state COVID-19 business restrictions Friday, including limits on the numbers of people who can dine in restaurants, while also prohibiting local governments from closing restaurants and collecting fines from people who don’t wear face masks in public.

DeSantis said the move into the third phase of his economic-recovery efforts is designed to ensure “business certainty.” He said it shouldn’t be that much of a change outside of restaurants, bars and craft breweries, which have been limited to 50 percent indoor occupancy statewide, and Southeast Florida, which has lagged behind the rest of the state in reopening because of its large number of COVID-19 cases.

Pointing to improved knowledge of the virus, DeSantis said during a news conference with a group of restaurant owners in St. Petersburg that the state is prepared if cases increase.

RELATED: Florida moving into Phase 3 of reopening, no limitations on restaurants

On Saturday, the Florida Department of Health announced another 2,795 coronavirus cases in the state. The statewide total is now at 698,682. The death toll rose by 107. There have now been 14,022 Floridians who have died from COVID-19.

The Florida chapter of the U.S. Public Interest Research Group, a left-leaning group, issued a news release that said more testing is needed to bring the semblance of normalcy DeSantis craves.

“Some of the top economists across the country have told Gov. DeSantis in no uncertain terms that the economy will not recover until he gets the virus under control,” the group said. “Yet, the governor is preventing potentially life-saving restrictions while COVID-19 cases are still well above the levels that health professionals deem safe for reopening. Prohibiting restrictions, especially in high-risk settings for spreading the virus like indoor dining, will prolong economic damage and risk lives unnecessarily.”

But the restaurant industry quickly supported the changes.

RELATED: What does Phase 3 mean for wearing masks in public in Florida?

The move to the third phase of DeSantis’ reopening efforts came a week after the state released a report showing that Florida had a 7.4 percent unemployment rate in August, reflecting an estimated 753,000 Floridians out of work, many in the leisure and travel industries.

State economists on Friday also released a report that gave a somewhat-mixed picture of state tax collections --- but made clear that revenues are down from pre-pandemic levels.

Economists said general-revenue collections for August came in $177.3 million above a recent projection. But collections were $83.1 million below a projection that had been issued before Florida’s economy was hit by COVID-19.

Florida moving into Phase 3 of reopening, no limitations on restaurants

Gov. Ron DeSantis announced on Friday that Florida will be moving into full Phase 3 of reopening with no limitations on restaurants effective immediately.

“Given the nature of the fiscal shock wrought by the pandemic, comparisons to the same month in the prior year produce the most meaningful metrics,” the report from the Legislature’s Office of Economic & Demographic Research said. “In this respect, overall collections in August 2020 are down 4.6 percent from August 2019.”

Businesses were forced to shut down or dramatically scale back in March and April to try to prevent spread of the virus. DeSantis began the first phase of reopening in May and moved into the second phase in June.

“All these fines we're going to hold in abeyance and hope that we can move forward in a way that's more collaborative,” DeSantis said.

On Thursday, after a health-care event in Tallahassee, DeSantis questioned the effectiveness of closing restaurants in stopping or slowing the spread of the virus.

The governor’s order requires that if local governments want to order restaurants to operate at less than 50 percent indoor occupancy, officials must justify the health and economic reasons behind the restrictions.

RELATED: Theme park experts weigh in on Phase 3 of reopening

The governor’s order doesn’t prevent businesses from requiring customers to wear masks. Nor can Florida order local governments to reimburse fines that have already been collected.

The Republican governor has refused throughout the pandemic to issue a statewide mask mandate, deferring to local officials.

The governor’s office estimated that nearly $2 million in fines have been imposed statewide on people and businesses for violations of local health orders, including for breaking curfews or social distancing rules.

The number is based on counties and cities that responded to DeSantis’ Sept. 4 demand that local officials provide information about “all actions” county governments, city commissions or other boards or commissions have taken regarding the virus. Not all cities or counties have responded.