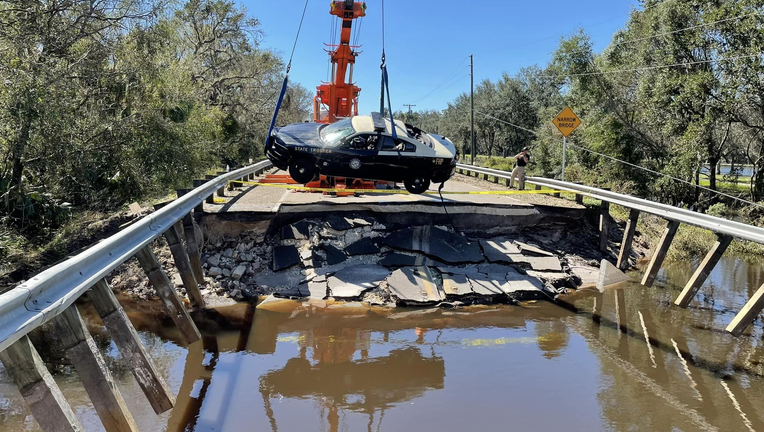 According to the Marion County Sheriff's Office, the patrol car had been washed away when a bridge collapsed on September 29.

A trooper was in the car when the road washed out, but he was able to escape through the window and swim to a tree to radio for help.

The Ocala Police Department along with the Marion County Sheriff's Office were able to pull the trooper's car from the waters on Sunday.

Crews are continuing rescue efforts by airboats and any accessible vehicle on hand into neighborhoods where residents are trapped by floodwaters all throughout Central Florida.

Floodwaters are expected to continue to rise in some counties like Seminole where officials told residents to expect peak flooding tomorrow while Osceola officials said it will happen next weekend for its residents.