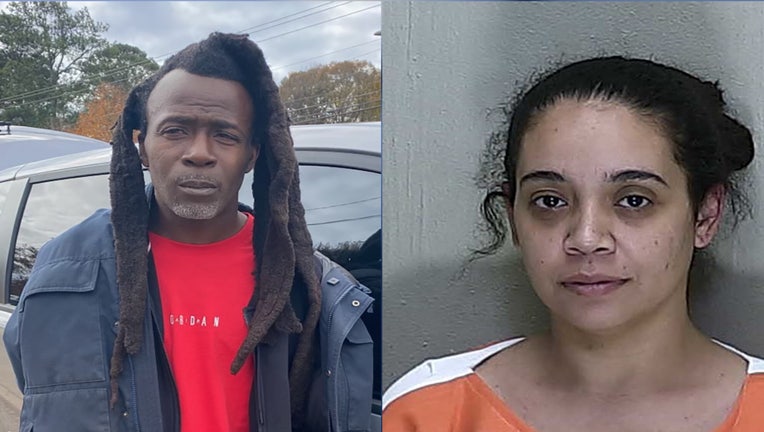 A Florida man, along with his wife have been arrested on several charges after inappropriate texts with two juveniles were discovered by Marion County detectives.

On Nov. 22, a detective began investigating Dwight after inappropriate texts between him and two juveniles between the ages of 12 and 16 were discovered, deputies said. Dwight reportedly coerced the two juveniles to trade sexual favors for cash and "items of monetary value" for more than a year.

When officers brought in Jessica for questioning, they said she declined to disclose the whereabouts of her husband. Detectives said they found out during Thanksgiving, Jessica had "forced the juvenile victims to have contact with Dwight alone."

She was arrested on two counts of child neglect.

Marion County Deputies received a search warrant for Dwight, who was reportedly staying in Stockbridge, Georgia.

The US Marshal’s Southeastern Regional Fugitive Task Force, with the assistance of the Henry County Police Department, took Dwight into custody.