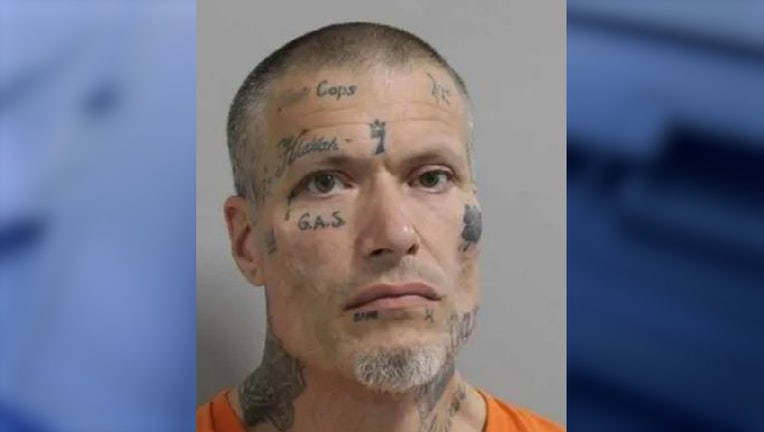 POLK COUNTY, Fla. - A Florida inmate died at a hospital after attacking detention deputies at a jail in the city of Frostproof, according to officials.

Eric Nelson, a registered sex offender with a 26-year criminal history, died at a hospital on Friday after attempting to punch, kick and bite deputies, the Polk County Sheriff's Office said, according to FOX 13.

He was arrested Friday by the Lakeland Police Department following a report of a possible burglary suspect running from a Taco Bell toward a Starbucks. Officers located him in the Starbucks parking lot and searched the backpack he had in his possession.

Officers found syringes and a baggie of a substance that tested positive for methamphetamine in the backpack. Nelson told the officers he uses the needles to "shoot meth."

Nelson was arrested on possession of methamphetamine and drug paraphernalia charges. He was then taken to the Sheriff's Processing Center, where he became agitated and started cursing at the jail and nursing staff. He told staff members that he had not slept in five days and had only recently gotten out of prison, according to the sheriff's office.

Medical staff said he appeared to be under the influence of drugs.

He was placed in a private cell where he became enraged and began repeatedly kicking the cell door, officials said. Medical staff said he would have to be placed in a medical dorm on suicide watch as a result of his aggressive behavior and for threatening to harm deputies and other inmates.

Deputies then took him to the South County Jail in Frostproof, the sheriff's office said.

Nelson was escorted to a medical dorm changing room, where he proceeded to take his shirt off and attack punched a deputy in the face twice. He fought with three deputies who were attempting to place him in handcuffs.

Polk County investigators said Nelson continued to punch, kick and bite the deputies even after being taken to the ground. Additional deputies came in to assist after he swung at one deputy with the arm that had a loose handcuff around it.

The deputies said they believed Nelson was exhibiting strength greater than a normal person would, and that it was likely because he was under the influence of an illegal drug.

Officials said deputies were eventually able to secure him in handcuffs and place shackles on his leg as he continued to try and fight them. Nelson was carried out to a cell by four deputies while he continued to fight.

Nelson was placed on the floor of his private cell, so deputies could remove his restraints, which is protocol. Deputies then noticed he was not breathing and that his face was changing color, the sheriff's office said.

Medical staff at the facility grabbed a defibrillator and began performing CPR. Nelson was transported to a hospital but later died.

Four investigations into Nelson's death have been launched. The sheriff's office said the Polk County Medical Examiner will conduct the autopsy to determine his cause of death.