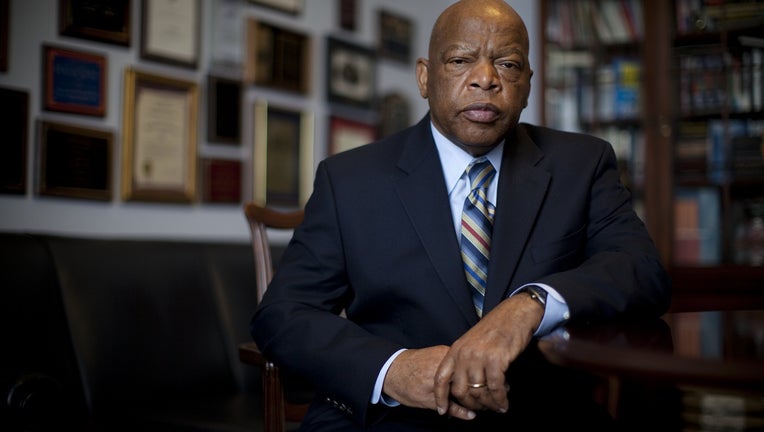 WASHINGTON D.C. - MARCH 17: Congressman John Lewis (D-GA) is photographed in his offices in the Canon House office building on March 17, 2009 in Washington, D.C. The former Big Six leader of the civil rights movement was the architect and keynote spe

ORANGE COUNTY, Fla. - Local leaders around the state are mourning the loss of Congressman John Lewis after his battle with pancreatic cancer. He was 80.

“I was saddened today, like many Americans, about the passing of civil rights icon Congressman John Lewis. We honor him for staying in the arena and fighting for equal justice and human rights for decades. We must also pay tribute to his colleague and co-fighter in the civil rights movement, Rev. Cordy Tindell Vivian, who deserves recognition and honor. I realize that I am, like all of you, the benefactor of the civil rights movement championed by these individuals. We offer our sympathies and condolences to their families."

Congressman Lewis was a civil rights activist whose mission was to seek justice and equality for those that were underrepresented.

RELATED: John Lewis: ‘Good troublemaker’ and tireless activist — a look at the life of the civil rights icon

"Our state and nation mourn the loss of Congressman John Lewis, a civil rights icon whom I was honored to serve alongside in Congress. @FLCaseyDeSantis and I are keeping his family in our thoughts and prayers."

Up until his death, Lewis remained true to his mission to seek justice for voices unheard. Lewis was encouraging protesters to make their voices heard during the movement after George Floyd's death.

“My heart breaks for these men and women, their families, and the country that let them down — again. My fellow Americans, this is a special moment in our history. Just as people of all faiths and no faiths, and all backgrounds, creeds, and colors banded together decades ago to fight for equality and justice in a peaceful, orderly, non-violent fashion, we must do so again.”

FOX 5 reports that Lewis kept encouraging protesters to "embrace nonviolence" and called on President Donald Trump not to crack down on “orderly, peaceful, nonviolent protests.”