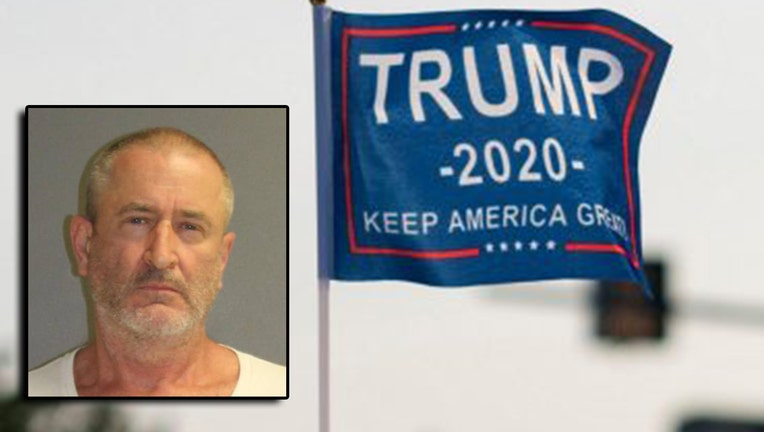 VOLUSIA COUNTY, Fla. - A Volusia County man has been arrested for harassing a woman who had a President Trump flag hanging outside of her home.

The victim told deputies that on Wednesday, she heard a man honking his horn and yelling outside of her residence. When she looked at her Ring doorbell camera, she says she saw a man stopping in front of her home and screaming 'F**k you Nazi mother f***ers.'

The woman says she exchanged words with the man, identified as 56-year-old Thomas Frost, and he took off. That's when she contacted authorities.

MORE NEWS: Supporters line up hours ahead of President Trump's rally in Ocala

Moments later, however, deputies say Frost returned, gave the woman the middle finger and continued yelling. When the deputy attempted to stop Frost, they said he sped away.

After some time, authorities say Frost contacted authorities to turn himself in but inquired about why he was being arrested, saying with "all the things going on in the world" law enforcement should have better things to do, according to an arrest report.

Frost reportedly said he stopped in front of the woman's home because "he hated them" and when asked if he knew them, he said no but that he knew "they were Trump supporters."

"Frost pointed out that all Trump supporters are Nazi's and are ruining this country," the arrest report stated.

He is charged with stalking and fleeing and eluding police.