A deputy reportedly spotted the man driving the lawnmower while intoxicated on a Central Florida highway.

MARION COUNTY, Fla. - A Florida man with several previous DUI convictions was arrested once again after a deputy found him driving a lawnmower on a highway while intoxicated, deputies said.

The Marion County Sheriff's Office said that Paul Burke, who resides in Fort McCoy, was observed on August 5th driving down the middle of Highway 316 on his lawnmower.

When the deputy made contact with Burke, he said that he could smell alcohol coming from his breath and his speech was slurred. He attempted to do the field sobriety test but said that he could not because he had been drinking too much.

In the video posted by the Marion County Sheriff's Office, Burke admits "I have been drinking" and responds to doing a field sobriety test that "there's no sense in it because I've been drinking."

He goes on to admit that "I have no driver's license at all" and asks "can we just give me a ticket and be done with that?"

He finally just says "just take me to jail" after refusing to complete the field sobriety test. 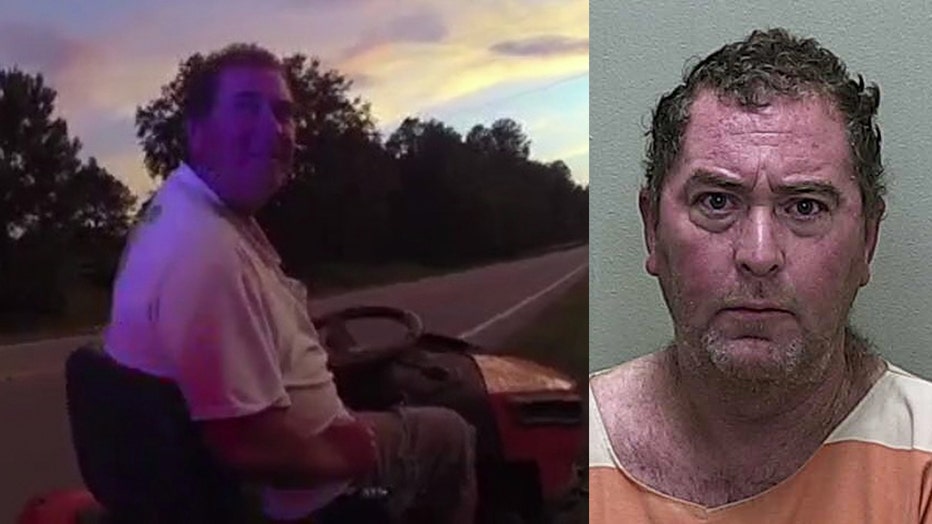 Burke was reportedly then arrested. He is said to have three prior DUI convictions and has had his driver's license suspended three times, as well as revoked four times all for DUIs and refusals to submit a breath sample.

"Driving a lawnmower in the middle of a road where the speed limit is 55mph is dangerous and illegal… add being drunk into the mix, it can become fatal," the Marion County Sheriff's Office warned.