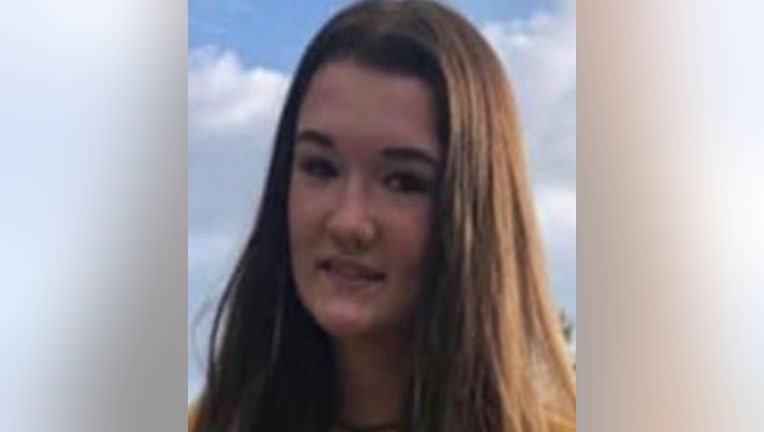 Authorities say that 14-year-old Kyleigh Clark has been found safe.

A Florida Missing Child Alert has been issued for 14-year-old Kyleigh Clark.

Kyleigh was last seen on Tuesday in the area of the 10000 block of McMahon Avenue in Hastings, Florida.

She is described as 5-feet, 9-inches tall and weighs 115 pounds. Kyleigh has brown hair and brown eyes. Authorities say she was last seen wearing black pants with holes, a tie-dye jacket and black Vans shoes.

Anyone with information on her whereabouts is asked to contact the St Johns County Sheriff's Office at 904-824-8304 or call 911.