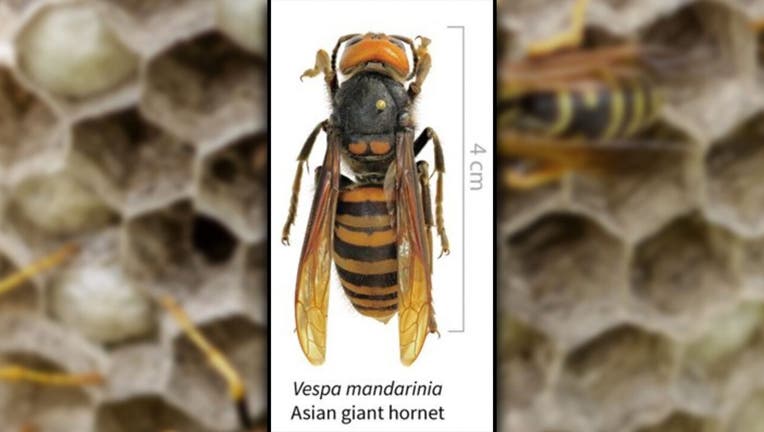 The invasive Asian giant hornet has been sited in Washington state for the first time in the U.S. (Washington State Department of Agriculture)

TALLAHASSEE, Fla. - Florida officials have some good news: There currently is no presence of murder hornets in the state.

Asian giant hornets, also known as murder hornets, are the world's largest hornet species. They are known to feed on insects, sap, and soft fruits. They rarely attack people or pets unless they feel threatened. Their stinger is longer than that of a honeybee and their venom is highly toxic, though. They can sting repeatedly and are known to attack and kill beehives in the late summer and early fall, as developing bees need protein.

The Florida Department of Agriculture and Consumer Services announced on Thursday that there is no evidence that murder hornets are present anywhere in Florida.

They said they made the announcement after receiving several reports of suspected murder hornets sightings throughout Florida. 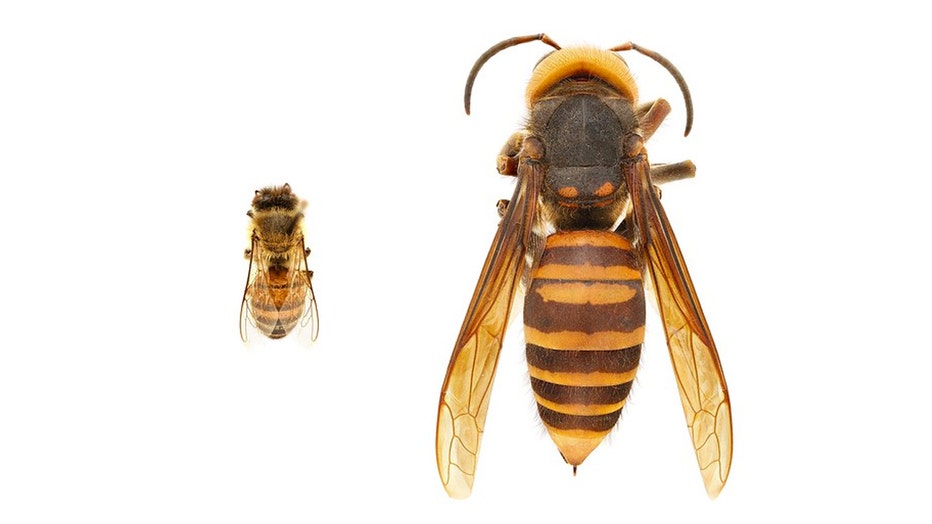 "With reports of suspected Asian giant hornet sightings in Florida, our department and the USDA have confirmed that there is no evidence of this species in Florida," said Agriculture Commissioner Nikki Fried. "Our partners at the Washington State Department of Agriculture and the USDA are continuing to study and contain the Asian giant hornet to Washington state. We have every reason to believe that these ongoing efforts will keep this invasive pest far away from Florida’s residents and 650,000 honeybee colonies."

They added that reports of Asian giant hornets in Florida are often cases of misidentification because they bear a close resemblance to native hornet and wasp species that are in the state. 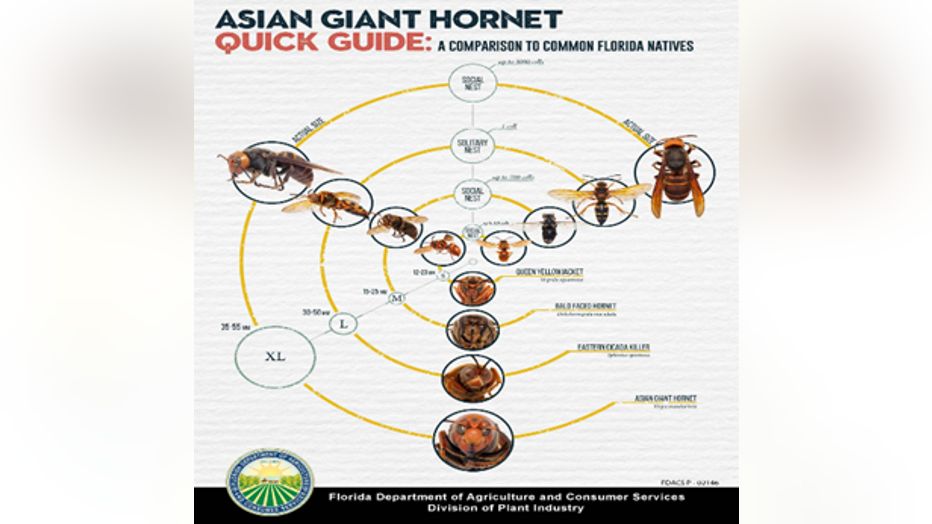 However, if you believe you have seen an Asian giant hornet, report it to the FDACS Division of Plant Industry by emailing DPIHelpline@FDACS.gov or by calling 1-888-397-1517. They ask that you include as much detail as you can about what you saw and where, in addition to a photo if you can safely obtain one.

On Monday, agriculture officials in Washington said that they captured the country's first male murder hornet. A queen was also found dead earlier this year in Washington. In total, seven of the giant hornets have been found in the state. 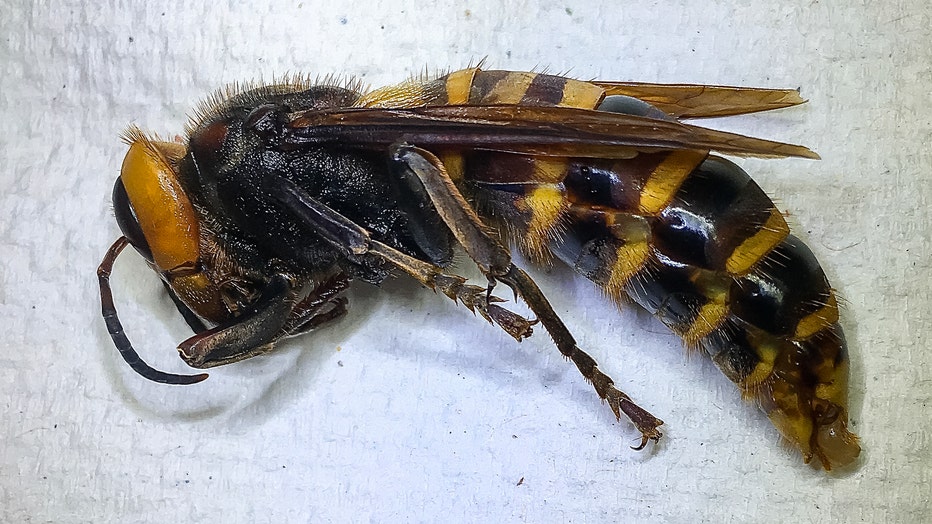 They will install more traps soon, hoping to capture a live Asian hornet to tag and track it back to its nest, where the agency will then eradicate the nest.