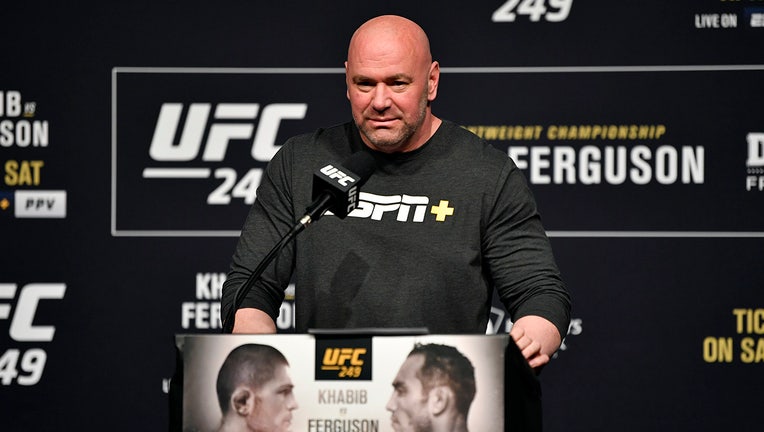 TALLAHASSEE, Fla. - State Department of Business and Professional Regulation Secretary Halsey Beshears tweeted Tuesday that Florida can host Ultimate Fighting Championship events in the midst of the coronavirus pandemic, as the UFC president announced plans to secure a private island for fights.

Beshears, whose department oversees licensing for boxing, kick boxing and mixed martial arts, tweeted to UFC President Dana Young that the department can work to bring the events to Florida.

“Why go to an island? Florida is your huckleberry. @FloridaDBPR will get your fighters licensed and we will make it work,” Beshears tweeted. “Then remember us when all the cool kids want to date you again, that Florida tried to help out when nobody else would.”

He retweeted the message a short time later without the line that “Florida tried to help out when nobody else would.”

White told TMZ Sports on Monday that he was a “day or two” from securing a private island for international fights.

Last weekend, WrestleMania 36 was taped over two days before an empty WWE Performance Center in Orlando.  The event had initially been scheduled for Raymond James Stadium in Tampa.