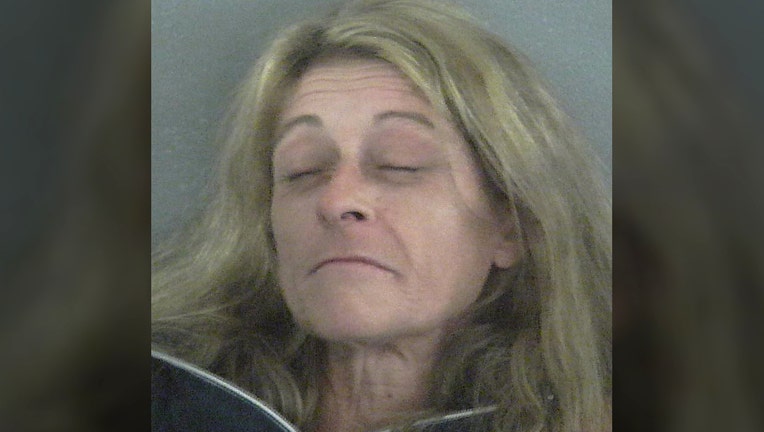 SUMTER COUNTY, Fla. - A Florida woman was arrested after asking a deputy if he would like to smoke some marijuana with her, the arrest affidavit says.

The Sumter County Sheriff's Office said that the encounter happened on Sunday morning when a deputy made contact with a woman, identified as 50-year-old Constance Polk, who was sitting in her vehicle. He was completing a well-being check on her.

They said that while talking to the deputy and observing that she had marijuana, Polk asked him if he would like to smoke some with her. She also admitted that she does not have a medical marijuana card but wants to obtain one.

The woman was then arrested, the arrest affidavit said.