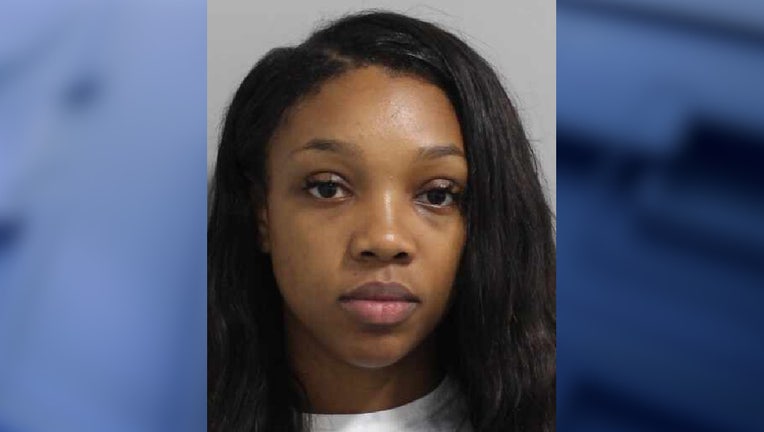 POLK COUNTY, Fla. - A 27-year-old Florida woman was arrested Saturday on multiple charges after she hit two Polk County deputies with her car Saturday afternoon in Lakeland, according to the sheriff's office.

Deputies said the incident happened just before 1 p.m. when they were called out to the Max Pay Pawn Shop on North Combee Road for a person attempting to use a stolen credit card.

When they arrived to the area, they tried to speak with the suspect, Carina Holder of Davenport, but the sheriff's office said she got into her BMW X5 and attempted to drive off, driving in the direction of deputies.

Out of fear for their lives and for others, authorities said deputies began shooting at Holder several times to stop the car, but two of them were still hit by her vehicle. The deputies she struck – Deputy Melissa Myers and Deputy Sheriff Hannah Peche – were not seriously hurt in the incident.

Holder then drove off but was found and arrested about two miles away from the pawn shop. She was not injured in the incident.

"The suspect has a criminal history of fraud and violence, and that's exactly what was involved here today. Fraudulent activity is how this began, and she elevated it to violence by trying to kill two deputies with her car. Fortunately, she was quickly apprehended, and even more fortunate is that neither one of the deputies were seriously hurt." (Grady Judd, Sheriff)

She faces charges of aggravated battery against a law enforcement officer (two counts), armed burglary, and resisting with violence. Various charges for fraud are expected as well.

Polk County deputies said Holder already had a criminal history in Polk County which included battery on a law enforcement officer and battery on an officer/firefighter. Recently, in September, she was also arrested on other charges including forgery, grand theft, and false impersonation.