TAMPA, Fla. - Next year’s Super Bowl in Tampa should be able to take place without any major restrictions, Florida’s governor said Friday as he announced Phase 3 of the state’s COVID-19 reopening plan.

Only two of Florida’s three NFL teams currently allow any fans in the stands at all, due to the coronavirus pandemic. Jacksonville and Miami have a 20- to 25-percent cap on fans for home games, while Tampa Bay is going fanless for the first two home games, then moving to 20 percent in October.

Gov. Ron DeSantis previously expressed disappointment with the Buccaneers’ decision to start the season with empty stands, and he voiced that opinion again Friday.

“Tom’s the quarterback. Everyone wants to watch Tom Brady and Gronk and all these great players. I don’t know how much football I’m going to watch this year but I definitely watched on Sunday and I’m going to keep watching them,” he said. “I think people wanted to be there.” 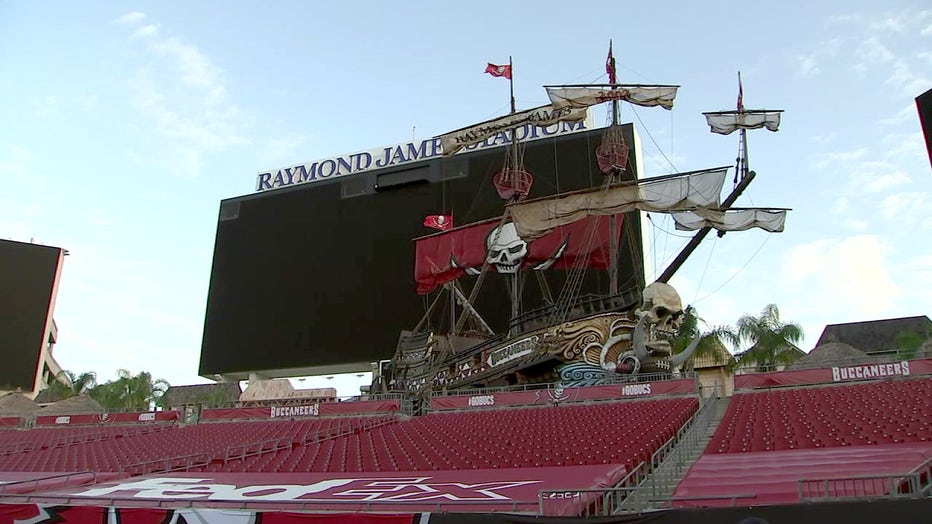 DeSantis said he “very much” supports fans at Bucs games because it will show that the region is ready for Super Bowl LV, which is scheduled for Sunday, February 7, 2021 at Raymond James Stadium.

The governor said he believes outdoor transmission has not been a “major factor” in the spread of the virus. Florida’s new cases peaked in July and have been trending down since then.

COVID-19 and the Super Bowl

Tampa officials and NFL executives are making contingency plans that range from a full stadium to no fans in the seats.

Tampa is hosting the Super Bowl for the seventh time. Plans this year include featuring the new downtown Riverwalk as part of an NFL fan zone.

But even while DeSantis made the case for a full Super Bowl experience in Tampa, he took an apparent jab at the league’s stance on social justice issues.

“It’s interesting, you know, the Jags, they’re allowing fans, they couldn’t even sell out limited capacity, partially because I think some of the fans are concerned with some of the things coming out of the league,” DeSantis said, gesturing toward a local police union representative who was on hand.