FOX 35's Chief Meteorologist Glenn Richards has the latest track for the storm.

ORLANDO, Fla. - A Hurricane Warning has been issued for Brevard County as Hurricane Isaias near Florida's east coast.

As of 5 p.m. on Friday, The National Hurricane Center said the storm is moving northwest at 15 mph with maximum sustained winds at 75 mph.

Gov. Ron DeSantis declared a state of emergency on Friday ahead of the system's arrival.

A FOX 35 WEATHER ALERT DAY is in place for the coming weekend, both Saturday and Sunday. 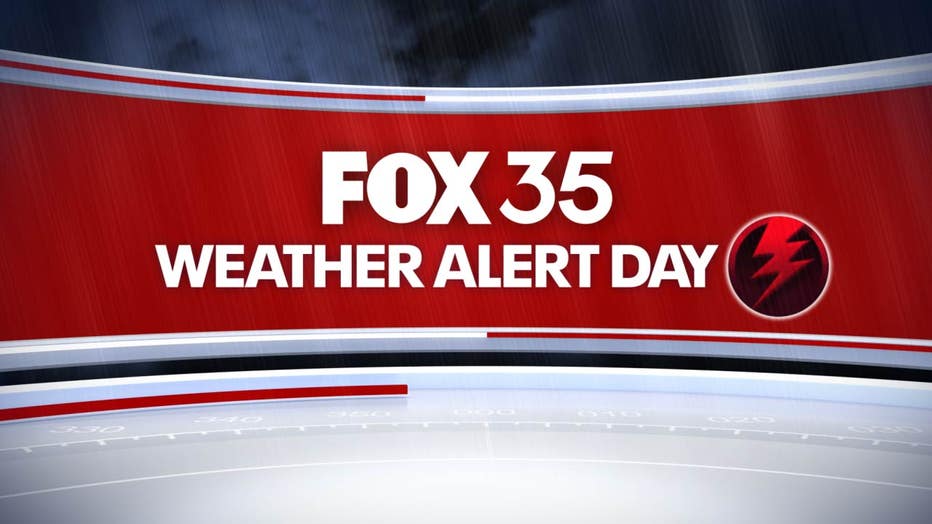 Heavy winds are currently battering the Bahamas as the storm moves toward Florida.

Hurricane Isaias is the second hurricane of the 2020 Atlantic hurricane season.

It is currently a Category 1 hurricane.

On Friday, Gov. Ron DeSantis declared a state of emergency ahead of the system's arrival. The new track shows Isaias has shifted slightly west, coming closer to Florida's coast.

Hurricane Watch is in effect for:

Hurricane Warnings are in effect for the following areas:

Isaias hit Puerto Rico as a tropical storm on Thursday with strong winds and heavy rains.

The 2020 Atlantic hurricane season, which officially began June 1, has since May 16 produced seven tropical storms and one hurricane.

Hurricane Hanna on Saturday became the first hurricane to make landfall in Texas in July since 2008.

Tune in to FOX 35 Orlando for the latest updates on the system.