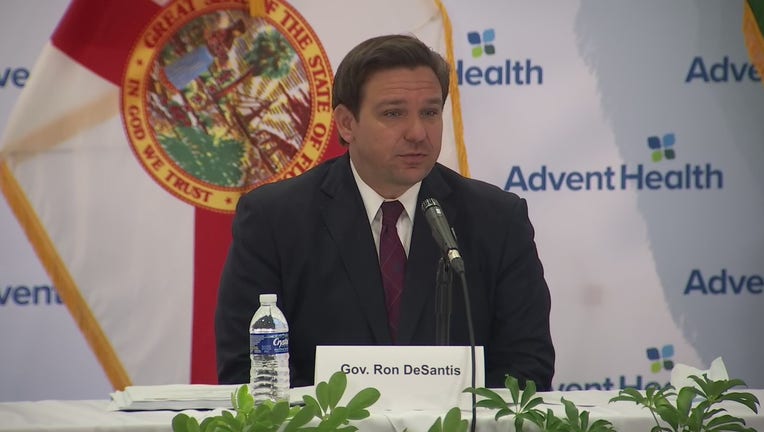 TALLAHASSEE, Fla. - Gov. Ron DeSantis said state and county elections officials did a “really good job” in Tuesday’s primaries, as more than half of the voters mailed in ballots.

After praising the work of Secretary of State Laurel Lee and county elections supervisors, DeSantis said some improvements might still need to be made to the election system.

“We’ll learn if there was anything to do, offer additional support, before the general election,” DeSantis said Wednesday during an appearance at AdventHealth Altamonte Springs to discuss mental-health issues. “We had a lot of mail voting, you know, in Florida."

They held the roundtable regarding coronavirus at AdventHealth.

DeSantis continued, "it's a safe way to do it. You request the ballot. You get it. You send it in. It's not just ballots floating everywhere. So, a lot of folks availed themselves of that, and that obviously will be something that will be available in the fall as well.”

The use of mail-in ballots has recently become more controversial, as President Donald Trump has railed against vote-by-mail and warned that it will result in a “rigged election.”

The Republican president appears to be singling out states that have decided to send mail-in ballots or applications to all registered voters. In contrast, Floridians have to request mail-in ballots. The rural counties of Taylor, Lafayette, and Liberty each recorded more than 50 percent turnout Tuesday. The lowest turnout was in Pasco County, at just over 21 percent.

Tune in to FOX 35 Orlando for the latest election news.