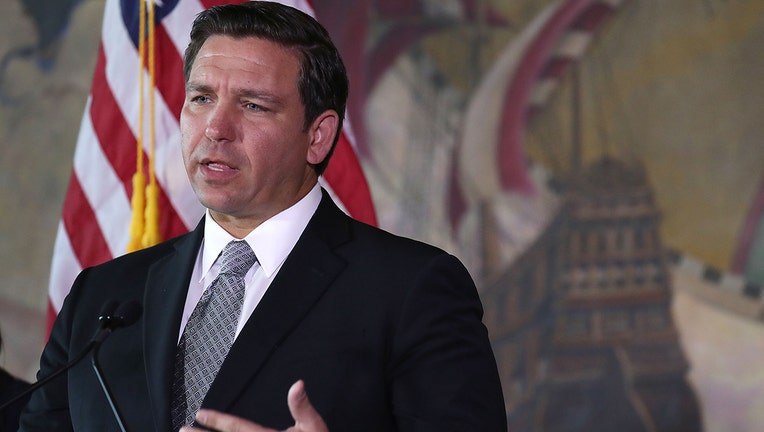 TALLAHASSEE - Gov. Ron DeSantis said Tuesday he will soon slash enough spending from the state’s proposed $93.2 billion budget to keep lawmakers from having to address a coronavirus-fueled loss in tax revenues before the November elections.

“There’s going to be a lot more vetoes, there'll be a lot of red,” DeSantis told reporters during a late afternoon news conference.

Lawmakers passed a record spending plan in March for the fiscal year that starts July 1. But the proposed budget has not been formally delivered to DeSantis, who has line-item veto power.

With two weeks until the fiscal year begins, DeSantis said his office has already been targeting cuts, identifying areas in agency budgets that can be held back on a quarterly basis and allocating federal stimulus dollars to cover pandemic-related costs.

“I have no worry about us getting to the elections (after the cuts and other adjustments),” DeSantis said.

DeSantis has made a priority of teacher pay hikes and spending on environmental issues.

“Teacher raises are important,” DeSantis said. “I said I'm going to veto some things in my budget, I’m not going to veto everything in my budget. We want to obviously try to deliver as many of the priorities as we can.”

As he looks to hold onto cash, DeSantis said, for example, he will move millions of unspent dollars in an economic-development program known as the Job Growth Grant Fund from the current year to the upcoming year’s general revenue.

“It's not necessarily going to be anything with employee pay, but there's different things that agencies spend on, and as you get to the end of the fiscal year, sometimes they just start spending on different things,” DeSantis said. “And so, if you're prudent about it, I think that there's ways that you can do that (hold onto money).”

The Job Growth Grant Fund, created in 2017, provides money for job training and public infrastructure projects rather than the state directly offering money or tax breaks to relocating or expanding companies.

The state has already lost hundreds of millions of dollars in expected tax revenues after the coronavirus forced businesses to shut down or dramatically scale back. The Legislature had largely finalized the budget when the devastating effects of the pandemic began to become more apparent, with theme parks ultimately closing, the tourism industry cratering and unemployment soaring into double digits.

A late May report from the Legislature’s Office of Economic & Demographic Research said revenue collections in April were more than $878 million below estimates, with a large chunk of the drop due to the decline in tourism. Figures for May have not been released.

“I don't think the Legislature should have foreseen, because I think was a very abrupt thing that happened,” DeSantis said. “I think that they did a good job. And there's a lot of things in there (the budget) that I think are meritorious. But at the same time, you know, we're living in a different reality. We've got to take that into account. And so, we will exercise that authority accordingly.”

Last week, Florida TaxWatch called for cutting more than $136 million in projects from the proposed budget, while acknowledging that might be far less than what is needed.

TaxWatch President Dominic Calabro suggested that rather than additional cuts, lawmakers could require the collection of sales taxes on all goods purchased online by Floridians.

The state Revenue Estimating Conference projected in January that such legislation would generate $479 million a year in currently uncollected revenue for the state and another $132.9 million a year for local governments.