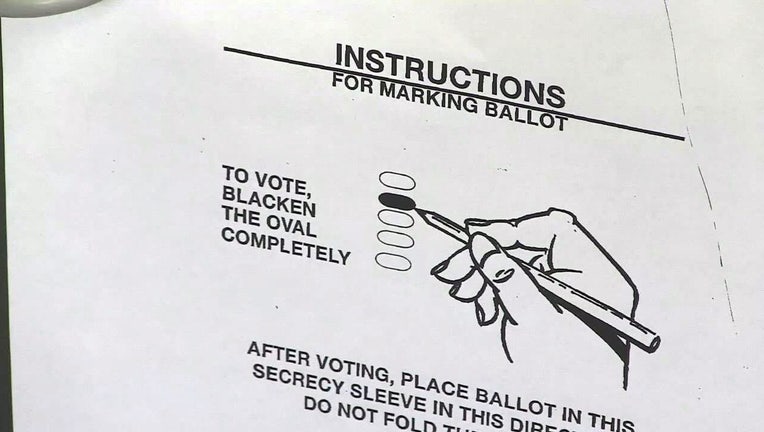 TALLAHASSEE, Fla. - Accusing Florida officials of ignoring “the harsh reality of the pandemic,” left-leaning groups are asking a federal judge to move forward with legal challenges to state vote-by-mail restrictions.

Gov. Ron DeSantis and Secretary of State Laurel Lee late last month asked U.S. District Judge Robert Hinkle to dismiss the challenges, arguing that they are based on “speculative fears” about what might occur later in the year.

In one of the lawsuits, Priorities USA and other plaintiffs want the judge to extend a deadline for mail-in ballots to be returned and require free postage for the ballots. They’re also challenging a provision in Florida law restricting paid workers from collecting mail-in ballots.

Attorneys for the DeSantis administration and Republican organizations argue that the plaintiffs are asking Hinkle “to rewrite Florida’s elections laws.”

But in a response filed Monday, lawyers for Priorities USA accused Florida officials and the Republican organizations of adopting “the remarkable position --- in a year in which a once-in-a-century pandemic has made voting by mail the primary means of accessing the franchise --- that voting by mail is simply a luxury.”

The plaintiffs, who include a voter named Kirk Nielsen, said the state is dodging responsibility “for ensuring that voters can effectively cast their mail ballots.” The plaintiffs also disputed the state’s stance that the court lacks the authority to intervene in the matter.

“These arguments defy reality, including the harsh reality of the pandemic, and are contrary to binding precedent,” lawyers for the plaintiffs in what is known as the “Nielsen” case wrote in Monday’s 58-page brief.

The Nielsen plaintiffs are seeking to block “only three specific provisions of Florida’s vote-by-mail regime … which impose undue burdens on voters,” especially during the COVID-19 pandemic, the lawyers argued.

“Make no mistake: it is these Florida laws that harm voters; the pandemic has only increased --- and dramatically so --- the number of voters subject to the laws’ burdens,” the plaintiffs’ lawyers wrote. “This court has both the power and obligation to protect Florida’s voters from being unjustifiably burdened and disenfranchised by these laws.”

Both the Nielsen lawsuit and a legal challenge filed by the organization Dream Defenders and other plaintiffs are seeking free postage for mail-in ballots and an extension of the deadline to submit mail-in ballots. The lawsuits have been consolidated.

The scrutiny of the state’s vote-by-mail processes comes as supervisors of elections are encouraging voters to cast their ballots by mail, following widespread issues during the March presidential primary. In April, the supervisors asked DeSantis for emergency measures they said would help them cope with an anticipated “significant statewide shortage” of poll workers because of the coronavirus.

County elections officials “encountered significant challenges” during the March presidential primary elections, such as polling places becoming unavailable, difficulty in acquiring hand sanitizer and other supplies and “substantial numbers of poll workers deciding not to work,” Levy County Supervisor of Elections Tammy Jones, a former president of the Florida Supervisor of Elections organization, wrote to DeSantis on April 6. More than two months later, DeSantis has not agreed to the supervisors’ requests.

“Faced with the virtual certainty that Florida voters will flood the vote-by-mail system and potentially stretch it beyond its limits, Florida’s elected officials stand idly by and disclaim responsibility for ensuring that voters can effectively cast their ballots,” lawyers for the Nielsen plaintiffs wrote.

Last week, Hinkle dismissed DeSantis from the lawsuit, which also names Lee, Florida’s 67 supervisors of elections, and other state and county elections officials as defendants.

Voting by mail, a process used for years in Florida --- where razor-thin elections are common --- has emerged as a political flashpoint, with President Donald Trump repeatedly linking mail-in ballots with voter fraud.

“There is NO WAY (ZERO!) that Mail-In Ballots will be anything less than substantially fraudulent. Mail boxes will be robbed, ballots will be forged & even illegally printed out & fraudulently signed,” the president tweeted in May. The message prompted Twitter for the first time to put a disclaimer on one of Trump’s posts.

The lawsuits in Florida, a key battleground in the race between Trump and Democratic presidential candidate Joe Biden, have drawn national attention. Hinkle allowed the Republican National Committee and other state and national GOP groups to intervene in the case.

Asking Hinkle to dismiss the lawsuit last month, the state argued that the plaintiffs failed to show “that they have suffered a cognizable burden to their right to vote” or that Florida’s election procedures are unconstitutional.

The governor is working with county supervisors and others to address challenges posed by the novel coronavirus, which causes the respiratory disease COVID-19, DeSantis’ lawyers said.

“The plaintiffs --- and even some of the county supervisors --- may disagree with the policy decisions or progress of such efforts, but they cannot dispute that they are within the state’s power to address,” the lawyers wrote on May 27. “And, moreover, they can cite no basis to invoke the jurisdiction of a federal court to critique --- much less pre-judge or dictate --- such discretionary decisions of state and local government.”

While both lawsuits seek an extension to the vote-by-mail receipt deadline and free postage for voters, the Dream Defenders challenge seeks a variety of other changes to Florida vote-by-mail provisions, such as more time to correct deficiencies with absentee ballots.

Lawyers for the Dream Defenders in a brief filed Monday argued that the case should proceed to a July 20 trial date set by Hinkle.

“Carried to its conclusion, defendant’s argument would overturn decades of precedent and render Florida’s election laws and practices immune from any judicial review,” the Dream Defenders’ lawyers wrote.