Disney World announced on Wednesday that they are planning to reopen in mid-July and guests should expect some major changes.

ORLANDO, Fla. - Disney World announced on Wednesday that they are planning to reopen in mid-July and guests should expect some major changes.

In order to control capacity, the company says guests will be required to make a reservation if they want to attend any of the four theme parks.

Disney presented their reopening plans to the Orange County Task Force on Wednesday, which were approved the same day. To put the plans in motion, Governor Ron DeSantis needs to give his final approval. 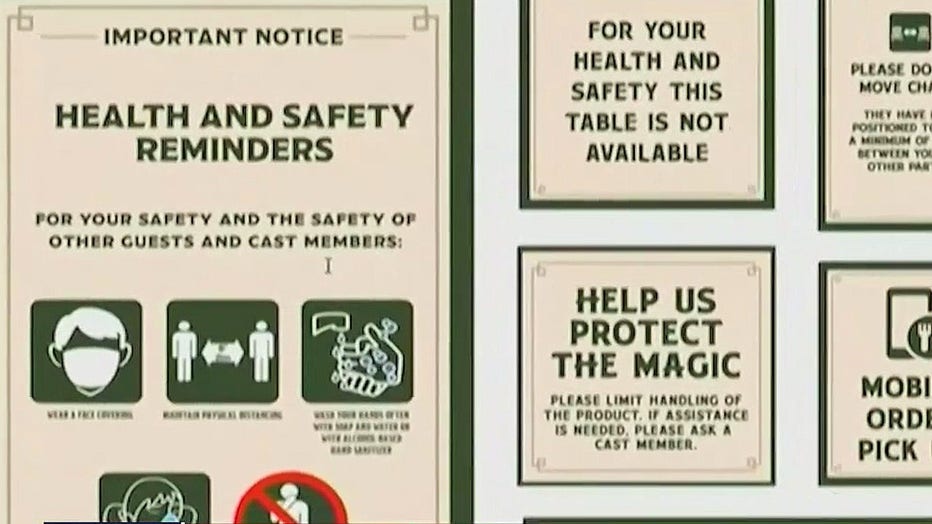 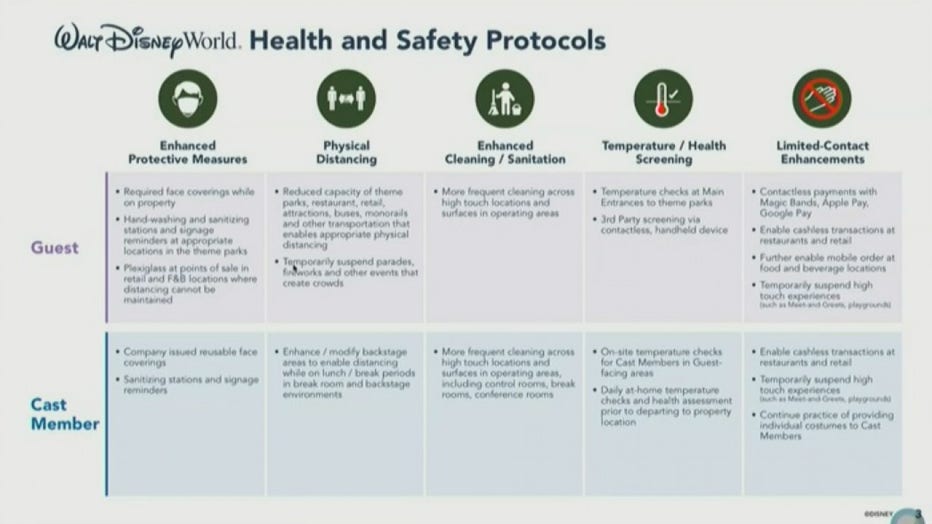 Walt Disney World wants to reopen in two phases, starting with the Magic Kingdom and Animal Kingdom on July 11 followed by Hollywood Studios and Epcot on July 15.

Among the other requirements guests can expect include face masks, temperature checks, and social distancing. Disney says they are implementing increased sanitation standards and capacity will be limited in retail stores and restaurants.

RELATED: Here's what to expect when Universal Orlando reopens with new safety measures on June 5

When it comes to Disney magic, don't expect any fireworks. The popular parades and fireworks shows that gather large crowds will not be happening during the initial reopening. No word on when Disney plans on bringing them back.

SeaWorld Orlando announced plans to reopen its parks on June 11, one month earlier than Disney. Universal Orlando has already been given the approval to start its phased reopening. On June 1 and 2, Universal officials would open the parks to team members to test the new safety protocols. On June 3 and 4, invited guests and some annual passholders would be allowed to enter. Then on June 5, the parks would reopen to the general public.