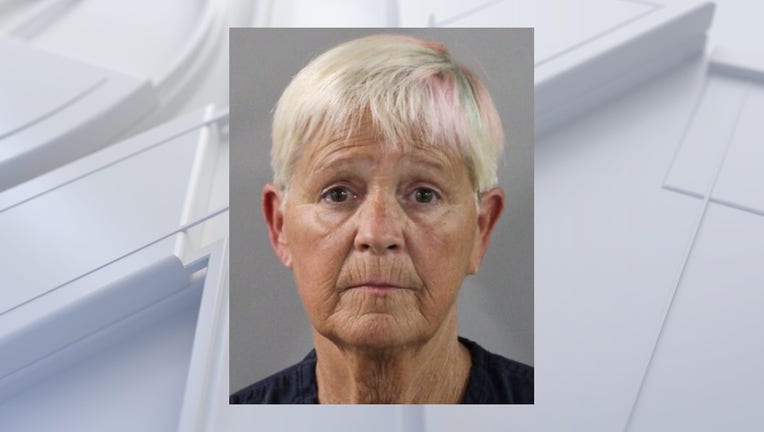 LAKE MARY, Fla. - Detectives with the Polk County Sheriff's Office have arrested a woman who is accused of stealing thousands of dollars from a victim with dementia, for whom she was hired as a caregiver.

Investigators said Sharon Dawn, 63, of Haines City, is not a licensed caregiver but was hired to tend to a 91-year-old woman by preparing meals, running errands, driving to doctor's appointments, and serving as a companion.  One of Dawn's duties included paying the victim's bills, according to detectives.

In February, the victim's son contacted the Sheriff's Office after he said he discovered a large amount of ATM withdrawals from his mother's bank account during a time when she was bedridden and under hospice care.  The victim had to be moved to an assisted care facility in December of 2020 because her health had declined to a point where she needed full-time medical care, at which time Dawn's services were no longer needed, the family said. The victim passed away in March while in hospice care, according to the family.

During the investigation, detectives said they discovered there had been 34 unauthorized ATM withdrawals totaling $10,400 and another three unauthorized payments to Capital One totaling approximately $1,502, from August 2020 until March 2021.

Detectives said when they interviewed Dawn, she told them the money was a loan.  Detectives found probable cause to arrest Dawn on charges of fraud, criminal use of personal ID, felony theft, and elderly exploitation.

"Stealing from an elderly person with dementia is lower than low," said Polk County Sheriff Grady Judd.  "This woman was entrusted with the care of one of our most vulnerable citizens, instead, she betrayed that trust and stole thousands of dollars from her elderly victim." Grady Judd, Sheriff.

Dawn was booked into the Polk County Jail and has since been released on a $21,000 bond.