Heath officials say that pets can catch coronavirus from humans

They advise that you socially distance from other humans when with your pets.

ORLANDO, Fla. - The next time that someone asks if they can pet your dog, you might want to say no.

It is not clear if you can catch COVID-19 from your pet but health officials say that your pet can catch it from you.

The FDA advises that you avoid dog parks and public places. They also said to keep your dogs on a leash and keep cats indoors.

Dog owner Soraya Bellmih told FOX 35 Orlando that "I can't keep her at home. You have to give him some outdoor time."

If you go to the dog park, health officials advise you to social distance and not let other people pet your dog.

Another dog owner, Alexander Williamson, said that "I'm definitely more hesitant to bring him out in public. I'm concerned about transmission or just people petting him."

The FDA says that cats and ferrets are more likely to catch COVID-19 than dogs.

They also said that if you get sick, you should avoid contact with your pet if possible. Have someone else care for them until you are well again. 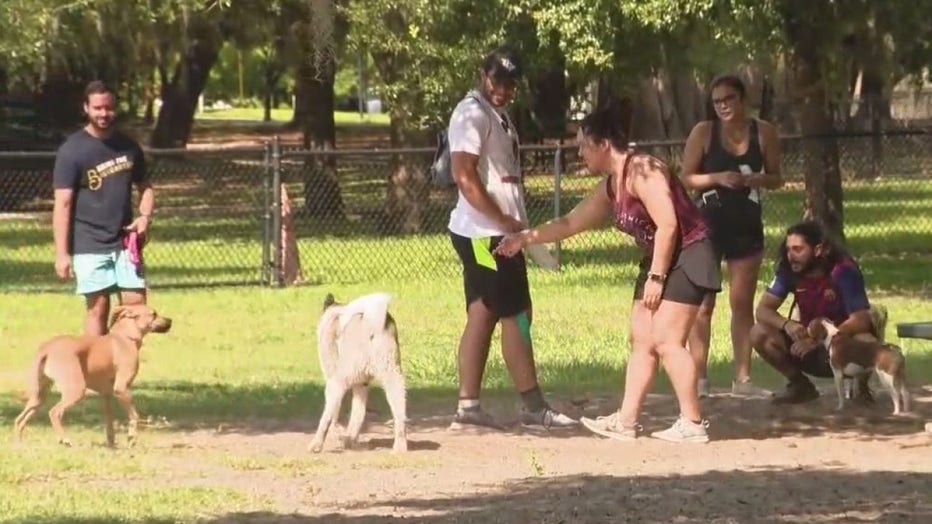 Williamson added that "that would be harder on him than it would be on me, but I think we would figure it out. But I love him so I'd miss him a lot."

The CDC says that there have been a small number of cats and dogs have become infected with the virus after coming in contact with people sick with coronavirus. However, they said that most pets appeared to only have mild symptoms and fully recovered.