LAKE MARY, Fla. - Hurricane Ian strengthened into a Category 3 storm on Tuesday. Much of Florida, including the Panhandle, Central Florida, and the greater Orlando metropolitan area, remains in the cone of uncertainty. As of late Monday, the forecast track had shifted to the east slightly.

According to the National Hurricane Center, Ian is expected to rapidly strengthen and become a major Category 4 hurricane as it enters the Gulf of Mexico.

Where is Hurricane Ian now?

The FOX 35 Storm Team is monitoring the latest developments with Hurricane Ian, expected to become a major hurricane before making landfall midweek near Tampa Bay.

Where is Hurricane Ian headed?

The center of Ian is expected to move near or over western Cuba Monday night and early Tuesday morning. Ian will then emerge over the southeastern Gulf of Mexico Tuesday, pass west of the Florida Keys late Tuesday, and approach the west coast of Florida on Wednesday into Thursday, the NHC said.

"The track takes it farther east, in what would be a worst-case scenario for Tampa Bay with storm surge if it does indeed take the center track. Curiously, there is still considerable uncertainty as to the final track, with cone of uncertainty remaining from Big Bend to Fort Myers," said FOX 35 Meteorologist Brooks Garner. 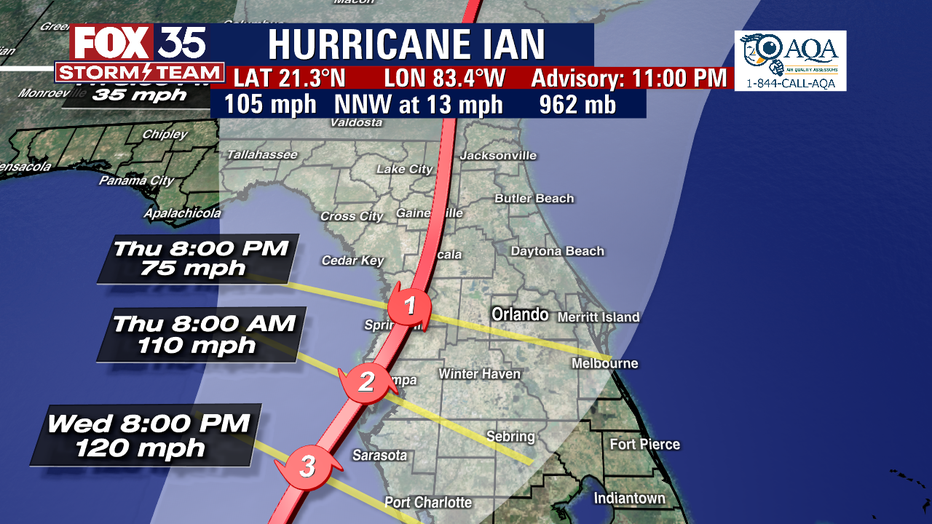 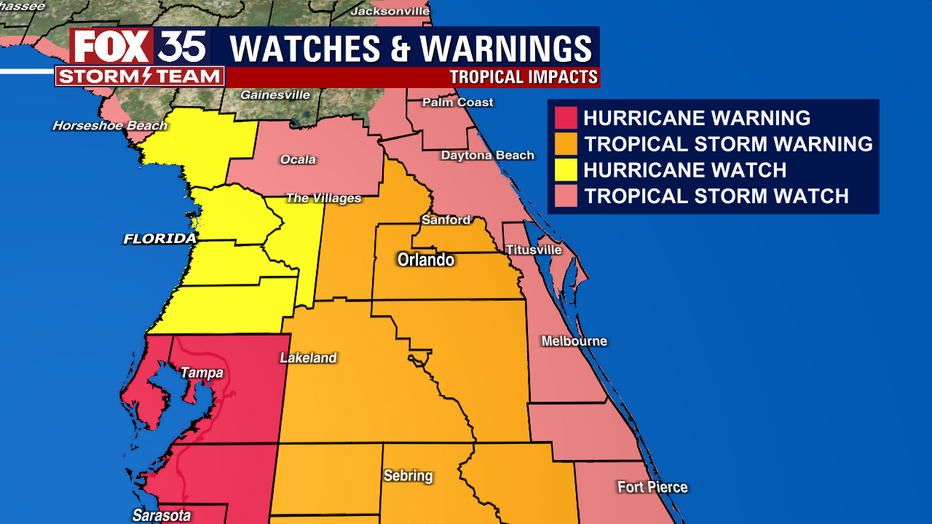 Will it impact Florida?

Ian's impacts on Central Florida will begin unfolding by Tuesday afternoon with outer rain bands, gusty winds, and the possibility of isolated tornadoes. Wednesday, Central Florida weather will deteriorate rapidly, and by Thursday heavy rain and flooding will be a concern. Flooding could make local roads impassable as the area could see between 4 and 24 inches of rain.  Expect power outages across the region.

The FOX 35 Storm Team says to be ready for strong winds, heavy tropical rainfall, and isolated tornadoes in some of Ian's stronger rain bands. 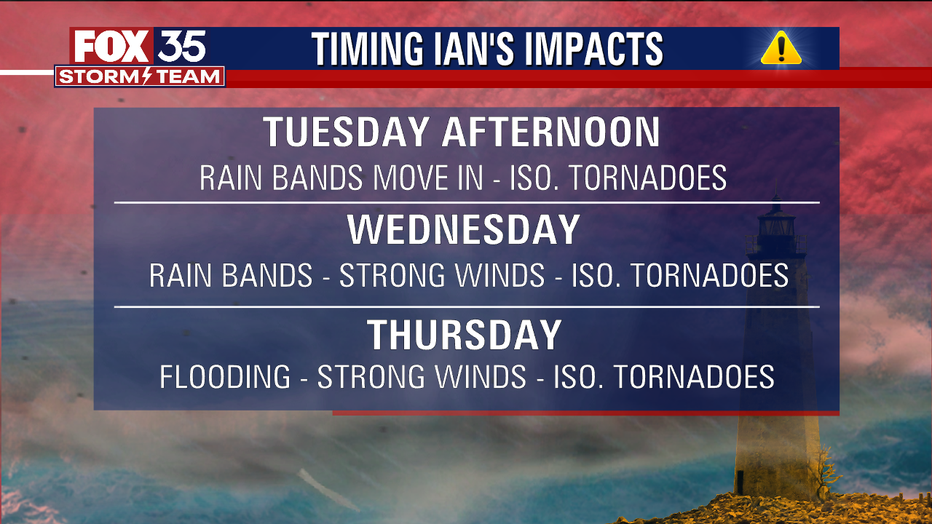 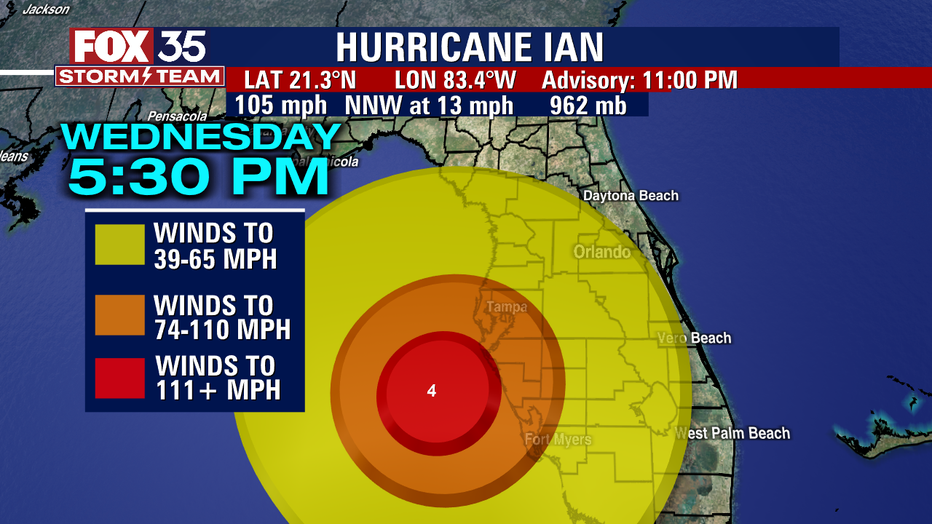 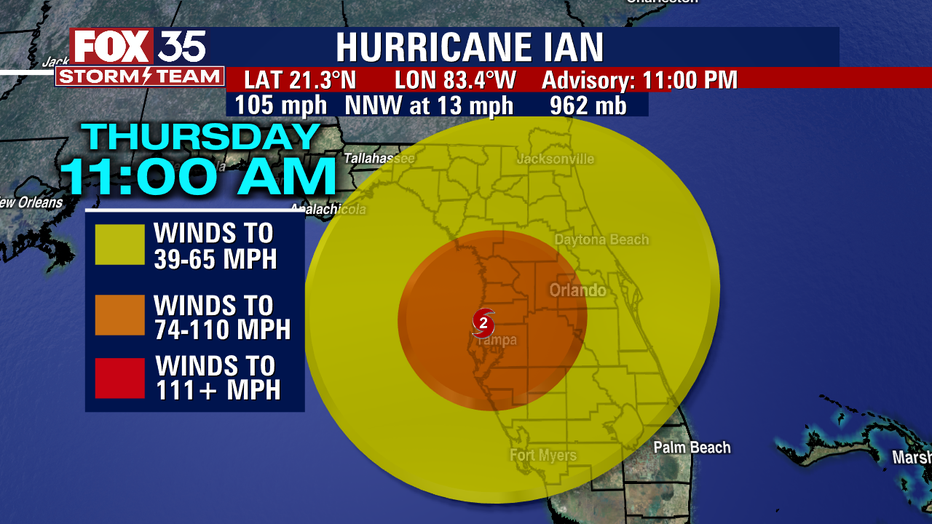 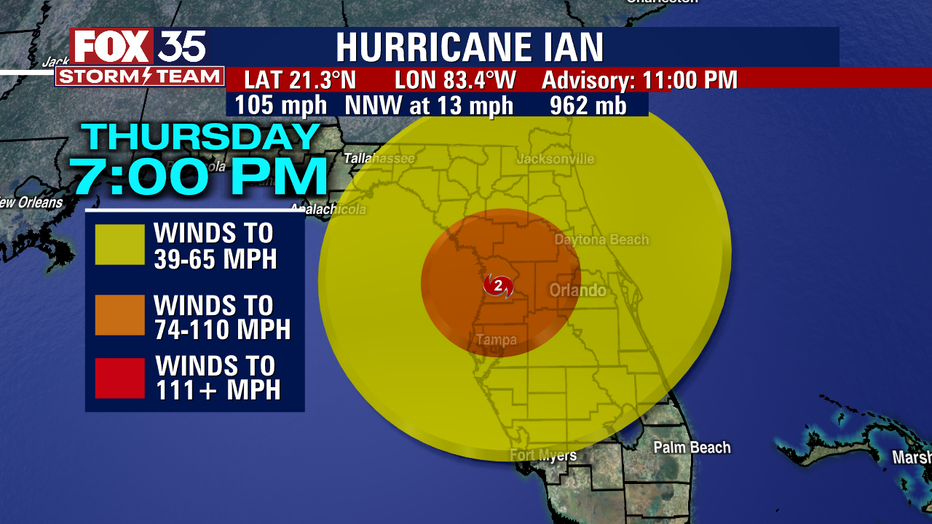 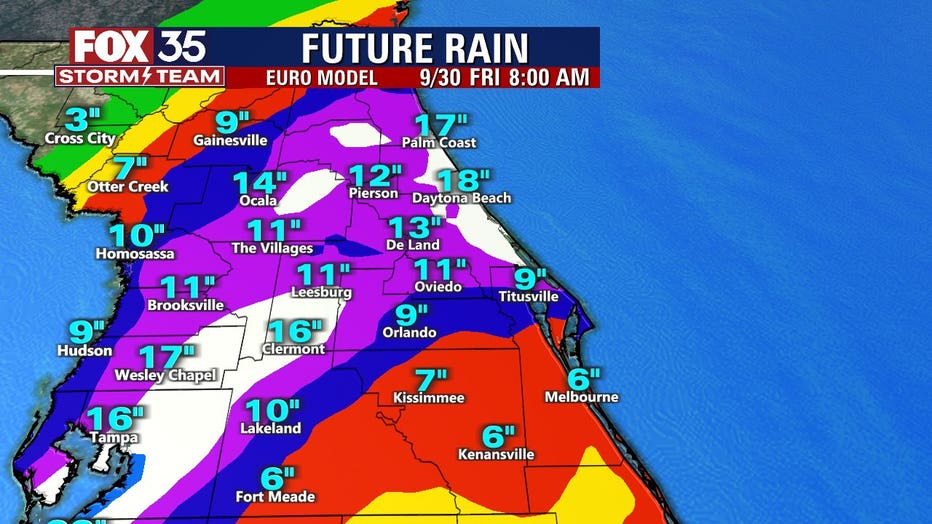 Power outages are also possible and could last for days on end in some areas.

The FOX 35 Storm Team will continue to keep you informed as new developments happen with Hurricane Ian.