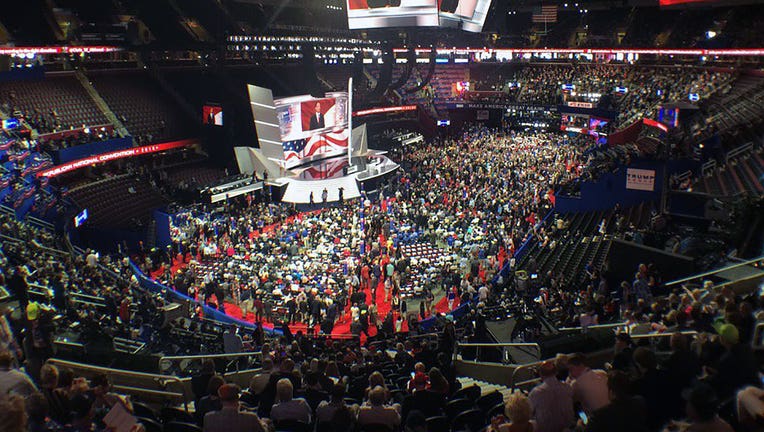 Jacksonville Mayor Lenny Curry said Tuesday he expects his city to be fully “open for business” for the Republican National Convention in late August, as the state continues to grapple with the COVID-19 pandemic.

However, an assurance that VyStar Veterans Memorial Arena will be packed for President Donald Trump’s acceptance speech includes a caveat: Adjustments will be made if the infectious respiratory disease hits in another wave.

“Nothing in life is certain,” Curry said Tuesday in a Zoom conference call with reporters. “If things change, if this virus takes an unexpected turn, we'll adapt accordingly at the time. But we are planning in accordance with our trend lines right now. And that is getting people back to work, protecting the vulnerable, protecting our health-care systems and trying to get back to life, to normal in a safe responsible way.”

Republican National Committee Chairwoman Ronna McDaniel announced Thursday night that the party was moving most of the convention’s showcase events to Jacksonville from Charlotte, N.C., following a dispute between Trump and North Carolina Democratic Gov. Roy Cooper over COVID-19 precautions. Republican leaders had been planning the Charlotte event for two years.

Vice President Mike Pence on Tuesday pointed to the lack of an “assurance” from North Carolina that the convention could be held in Charlotte without COVID-19 restrictions.

“I will tell you, the president and I are, we're really disappointed that we can't have the whole convention in North Carolina,” Pence said during an appearance on the Fox News show Fox & Friends. “But the reality is that North Carolina was not willing to give us the assurance that by the convention date in August that we'd be able to bring people together. So, the combination of some official activities in Charlotte and then major speeches in Jacksonville, I think will be a great, great kickoff to the fall campaign.”

Public health officials in Florida tried to stop crowded gatherings earlier this year to combat COVID-19, which is spread by close contact between people or through respiratory droplets produced when infected people cough or sneeze.

Trump does not wear a mask in public, and many of his supporters also eschew face coverings.

“To our citizens, I implore you to wear masks and continue social distancing --- and just because a place is open, doesn’t mean it’s safe to go there,” Fried said in a prepared statement. “To our local governments, please encourage your residents to stay home, mask up, and socially distance.”

DeSantis has said the rise in cases is related to increases in testing, along with outbreaks in agricultural areas, prisons and nursing homes.

Curry said Duval County accounts for 59 of the state’s deaths and that cases are down from an earlier peak.

“We have flattened the curve in Jacksonville, which was always the goal, and our hospitals are no longer at this time facing that kind of risk,” Curry said. “Hospital capacities have returned to pre-COVID levels over the last few weeks. As of yesterday, we had 46 COVID-19 inpatients in our hospitals, down from a peak of 80 on May 28.”

As for the convention, Curry said planning is just getting underway with health experts.

Curry also envisions the convention will be an economic driver, including providing a boost for hotels that will be needed for the thousands of delegates, convention personnel, media and others that will converge on the city.

“If we don't get back to some normal, some form of events and open up hotels, those people that were laid off will never get their jobs back,” Curry said.