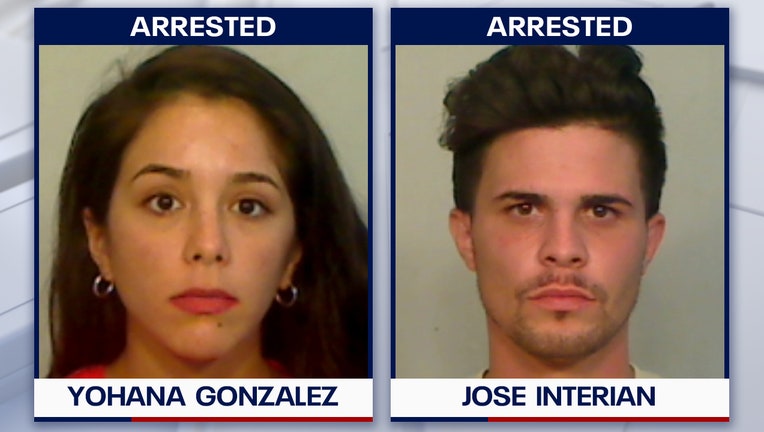 KEY WEST, Fla. - Two residents of the Florida Keys have been jailed for failing to quarantine after testing positive for the new coronavirus.

Jose Interian, 24, and Yohana Gonzalez, 26, are facing charges of violating isolation rules for a quarantine and violating emergency management disaster preparedness rules, according to jail records. They were arrested Wednesday in Key West, officials said.

The Miami Herald reports Interian and Gonzalez had been ordered by the health department to quarantine after testing positive for COVID-19, but neighbors said they were ignoring the order.

Someone videotaped the couple and gave it to Key West police, according to Greg Veliz, Key West's city manager.

“There were complaints from the neighborhood of them continuing to be outside, going about normal life functions,” Veliz said.

There were no court records in an online docket for the Monroe County court system, so it was not immediately clear whether Interian or Gonzalez had an attorney who could comment.

Related: Key West announces mask exemptions for couples getting married in the city

Jail records show the couple is being held without bond.

The Florida Keys island chain was closed to nonresidents for two months in the spring to keep outsiders from spreading the new coronavirus. It reopened to visitors in June.