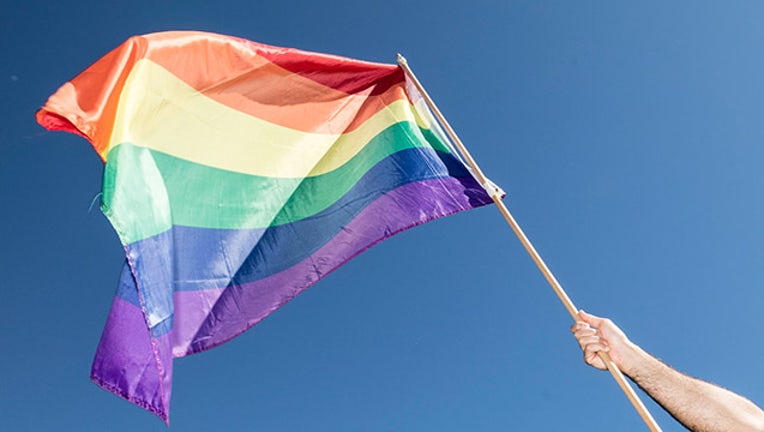 "An employer who fires an individual for being homosexual or transgender fires that person for traits or actions it would not have questioned in members of a different sex. Sex plays a necessary and undisguisable role in the decision, exactly what Title VII (of the Civil Rights Act) forbids," Gorsuch, who was appointed by President Donald Trump, wrote. Chief Justice John Roberts and the court’s four liberal-leaning justices made up the rest of the majority, with dissents from justices Samuel Alito, Brent Kavanaugh and Clarence Thomas.

“Without a doubt, this has been an amazing, watershed moment. It comes at a time when our country needs some bright lights,” Equality Florida Executive Director Nadine Smith said.

But, she added, “We want people to understand that this does not in any way reduce the need for the state Legislature and the governor to act.”

The Supreme Court ruling --- which came during what’s known as Pride Month --- may have broader implications, but the decision was focused solely on workforce rights.

Florida is one of more than two dozen states that do not have laws banning discrimination based on gender, and Republican legislative leaders during the past several years have thwarted efforts to pass such measures.

A legislative proposal, known as the “Florida Competitive Workforce Act,” would ban discrimination in housing and public accommodations as well.

“It really comes down to a small handful of people that are blocking progress. And it’s our hope that today’s ruling will be part of the momentum to stop that, and allow these protections to become codified comprehensively,” Smith said.

While many local governments in Florida have approved protections for LGBTQ workers and residents, “that’s not enough,” Smith said.

“It’s got to cover everyone. We should not have to look at our zip code or what city limits we are in or county we are occupying to know that we will be protected just like everyone else,” she added.

The legislative effort, backed by a coalition of businesses throughout the state, has garnered support of members from both parties in Florida, and “that’s what’s part of changing that environment,” Smith said.

She pointed to social changes quickly adopted in reaction to the COVID-19 pandemic, as well as citizens’ demands to address police brutality and racial injustice following the death of George Floyd. Floyd, a 46-year-old black man, died after being pinned to the ground under the knee of a white former Minneapolis police officer on May 25.

“I think that there’s a recognition that equity and justice are at the forefront of people’s thinking right now,” Smith said. “That work has a moment that we have not experienced before.”

Many Florida lawmakers, however, historically have bristled at passing pro-LGBTQ measures.

For example, after the U.S. Supreme Court ruled that state bans on same-sex marriage are unconstitutional, the Republican-controlled Legislature refused to strip a ban from Florida laws.

Monday’s high-court decision offers an opportunity for Gov. Ron DeSantis, a close ally of Trump, “to send a clear message, which is that Florida is a welcoming state that won’t tolerate discrimination against anyone, including LGBTQ Floridians,” state Rep. Carlos Guillermo Smith, an Orlando Democrat who is gay, told The News Service of Florida.

The Republican governor could use his authority to codify workplace protections in the decision and extend those rights to all state agencies and anti-discrimination laws, he said.

“The very essence of our state and country is that all people are created equal --- and now, our nation’s highest court has affirmed that our LGBTQ community is equal before the law,” Fried said in a prepared statement after Monday’s Supreme ruling

Whether the decision applies to federal laws covering education, housing, credit and health care “will have to be litigated,” said Jon Davidson, chief counsel for Washington, D.C.-based Freedom for All Americans.

“No one should have to fight in court over that or labor under any uncertainty about it. That's why we need Congress and the states without express sexual orientation and gender nonidentity discrimination protections to act and pass explicit protections," he said.

The LGBTQ community and advocates rallied around Monday’s decision as an instrument to galvanize support for broader protections.

“It’s definitely a day to celebrate but we know that this is a little blip in our path for full equality,” Orlando Gonzales, executive director of the organization Safeguarding American Values for Everyone, or SAVE, said during Monday’s Zoom news conference. “I’m hoping that this is looked at as not just a moment of ruling on employment, but really ruling on something a little bit higher, which is that what was considered here was the Civil Rights Act.”