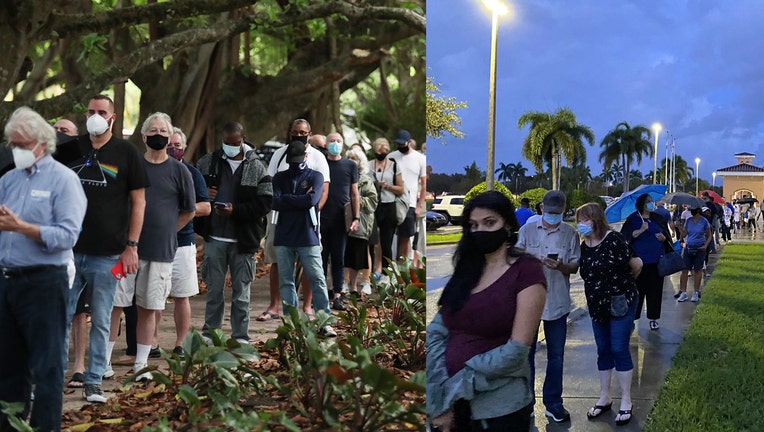 Voters across Florida can officially vote in-person as early voting has begun.

Long lines have plagued early voting sites in Georgia and other states, but Florida county elections supervisors have said they expect lines to move smoothly.

However, long lines were spotted as polls opened early on Monday morning.

FOX 35 reporter Sydney Cameron was in Casselberry on Monday morning and captured a long line outside of the Central Branch Library 25 minutes after polls opened. She said that the line wrapped around the building.

FOX 35 reporter Jessica Albert was at the Orange County Supervisor of Elections Office on Monday morning. She observed another long line, wrapped around the building as well.

Hours after polls opened in Winter Park, a Twitter user reported a two-hour wait at Winter Park library to vote.

Grace Loum posted the video on Twitter, stating that the wait to vote was two hours.

SKYFOX flew over an Orange County polling location just after 12 p.m. and lines were still long.

Long lines to vote on the first day of early voting have been spotted across the state.

Lines got so long in Flagler County that Tax Collector Suzanne Johnston made the decision to limit services at their main officer until further notice to accommodate traffic at their buildings. She said that "voting is so important, we are willing to do anything we can to accommodate it."

Marion County tweeted out a photo of a long line on Monday morning. They said that the first days are usually very busy and voters should expect longer wait times due to preventative measures being taken. 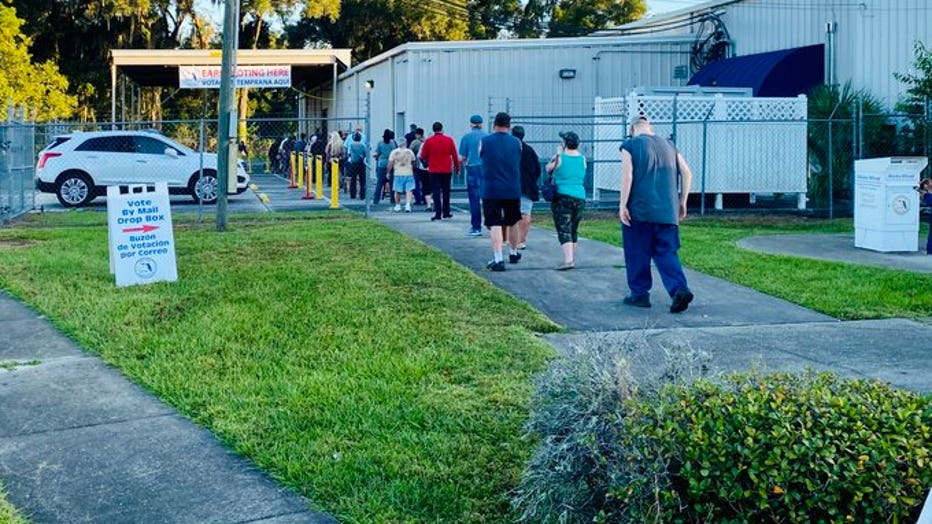 In the City of Palm Beach Gardens, a long line of voters lined up despite gloomy weather to cast their ballots.

The video of the early voting line is from Bryan Craig Sandala via Storyful.

Then in Coral Gables, voters waited in line to cast their ballots on Monday morning. 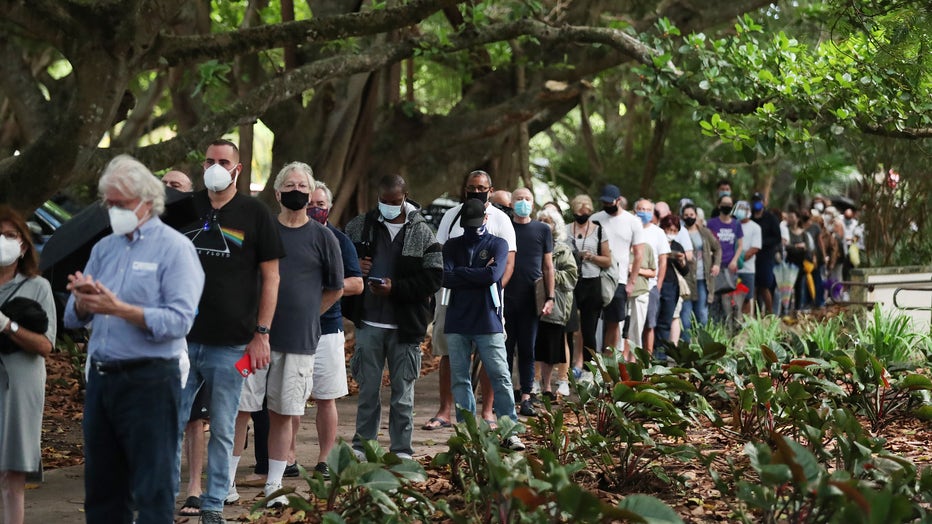 Broward County had quite the long line even after the polls officially opened.

One Twitter user noted that in Broward County, a constant stream of voters keep joining the line. She told FOX 35 that she waited two hours to vote. 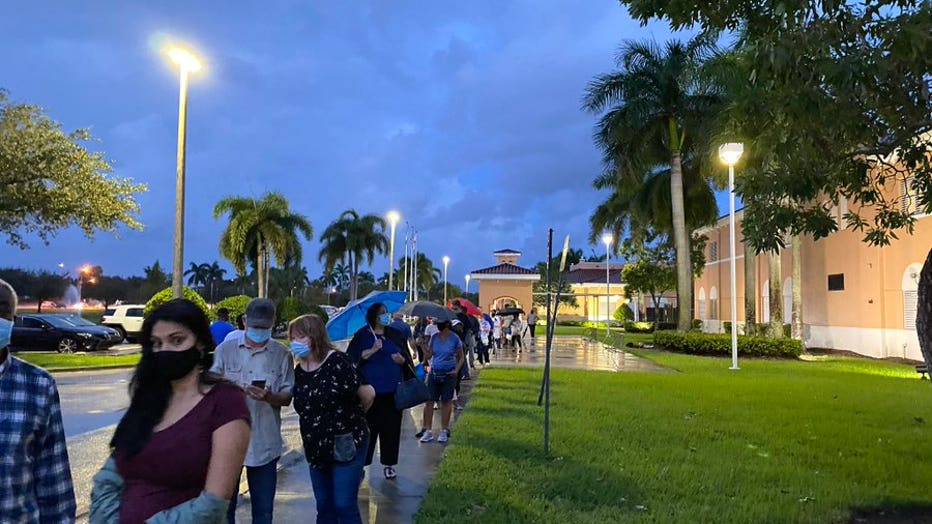 Also in Broward County, voters stood through a downpour of rain to early vote on Monday.

This footage, shared by Doris Gonzalez via Storyful, shows voters standing in a downpour on Monday morning in Pembroke Pines, Florida.

Then in North Miami, a line wrapped around the building of a polling location was spotted.

With its 29 electoral votes, Florida is crucial to both President Donald Trump and Democratic Presidential candidate Joe Biden.

About 2.5 million mail-in ballots have already been cast, with Democrats returning 1.2 million and Republicans about 755,000 as of Sunday.

Elections officials are predicting that between mail-in ballots and early voting, about 70 percent of the ballots expected will be cast before Election Day. The state allows those ballots to be processed, but the actual count remains secret until after the polls close on November 3rd.

Tune in to FOX 35 Orlando for the latest election updates.