Scott Hoffman was arrested by Florida deputies after video showed him reportedly kicking a dog multiple times, according to the Brevard County Sheriff's Office.

COCOA BEACH, Fla. - A man was arrested in Cocoa Beach for reportedly kicking a dog multiple times, according to the Brevard County Sheriff's Office.

Scott Hoffman, 39, was taken into custody Thursday after law enforcement obtained video they said showed the man kicking the dog.

The dog named Atlas was kicked at least two times, an arrest affidavit stated. A witness, who is a dog owner himself, told deputies he did not believe the dog in the video was acting aggressively toward anyone nearby and said kicking the dog was "inappropriate." 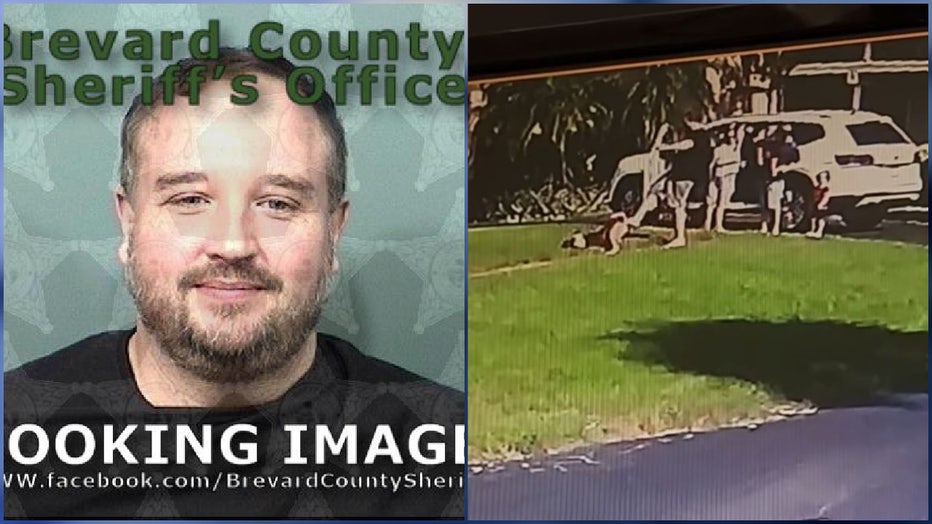 Deputies spoke with Hoffman at his home who said he "kicked his dog" and that "he should not have done that," the affidavit stated.

Hoffman was booked into the Brevard County Jail on one charge of animal cruelty. According to jail records, he has since been released.